Ulster Bank has appointed Kavanagh Fennell as a receiver to Bill Cullen’s Glencullen Holdings. The staff of over 40 at the group were told the news yesterday. Our thoughts and sympathy are with them and their families at this difficult time. 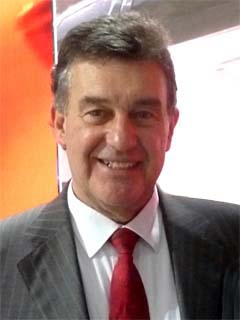 The Bill Cullen Motor Group (BCMG) is Glencullen Holding’s main business operations. It comprises the former Renault dealerships at Airside Motor Park in Swords and another at the Motor Mall in Liffey Valley Shopping Centre.

Ulster Bank is believed to be to owed about €12 million. But the loss of his business will also hit Bill Cullen financially. He is the biggest creditor of Glencullen, being owed €19.5 million. In fact, the latest accounts for Glencullen Holdings Limited show that he had also provided a letter of guarantee of €1.2 million as security for the loans and also assigned a life assurance policy.

Despite the improving figures, a spokesman for Glencullen Holdings told the media: “It’s a sad occasion for Bill Cullen. After 55 years in the car sales business Mr Cullen had come up against an unprecedented decline in consumer confidence, coupled with depreciation of up to 70% on lavish car showrooms.”

He added: “A receiver is moving in. He’s quite sad about it. He gave it everything and tried all he could to save the business but unfortunately it wasn’t to be. And after 55 years in the motor industry, Bill extends his thanks and gratitude to his customers, staff, and supporters.”

Bill Cullen became Renault’s distributor in Ireland in 1986. That business came as part a wide range of operations at the time for £1 plus a debt burden of £18 million. In August, with the loss of the Renault franchise for his dealerships at Airside and Liffey Valley, the lucrative 31-year relationship (1986 to 2012) between Mr Cullen and Renault came to an end. Earlier this year in July, BCMG had lost the Renault franchise for two of its dealerships in Ennis and Galway, with both closing.

He had held the national franchise distribution for the French carmaker for 26 years from 1986 to 2007, when the French company took back control of the distribution end of the business. Bill Cullen worked up the turnover of the Renault distribution business to a very impressive €350 Million at its peak.

His 55 years in the motor industry (and don’t write him off yet – remember Donald Trump filed for bankruptcy four times and is worth over $2.5bn. today) began in 1956, when he worked as a messenger boy at Walden’s Ford Dealership. Nine years later, he was appointed director general of the company in 1965. He was destined for fame and fortune. He has achieved both.

Another enterprise that he set up and owns is the Europa Academy, a training facility in Swords, north County Dublin.

Our wonderful country has so many great traits but sadly it also never has a problem turning a corner and find begrudgers. Bill Cullen attracted comments from many of those and most of them will rejoice in his demise. I and most people see through the outgoing and often domineering personality of this man. He has worked very hard all his life and deserved the successes that came his way. Like thousands of other business people he has suffered very badly from the current recessionary times. The Irish motor industry is better because of Bill Cullen and the people who worked for him.

And least it be forgotten, I’d like to remind readers that Bill Cullen has done a great deal of generous charity work throughout Ireland.

Cullen set up and is a director of the charity “The Irish Youth Foundation”. It has raised millions of euro a year for youth projects in Ireland. And all royalties from Cullen’s 2002 autobiography, It’s a Long Way from Penny Apples, were donated to this charity.

Cullen also set up the ‘Bill Cullen Sunshine Scholarships Fund’ in 2001 in order to assist young athletes make the transition to senior athletics while continuing their third level education in Ireland. €200,000 a year went to such athletes at DCU (Dublin City University).

He also helped others such as Norma Smurfitt and Jackie Lavin to raise funds for the homeless and disadvantaged youth in Ireland as well as supporting the Society for the St Vincent De Paul.

In 1998, he was a recipient of the Lord Mayor’s Award for his work with the disadvantaged young people of Dublin. In September 2004, he was awarded the inaugural Princess Grace Humanitarian Award.

He was conferred with an honorary Doctorate of Law of Maynooth University in May 2005. And in April 2006 he was awarded the Chevalier De La Légion d’Honneur by decree of the President of the French Republic for work with Renault Ireland.  Bill Cullen also sits on the board of Directors of the Dublin Airport Authority.

I suspect the Irish motor industry has not heard the last of Mr. Bill Cullen!