The Prestone MSA British Rally Championship is ready to ‘excel in extremes’ once again as Prestone launches its exciting plans for the year ahead.
Prestone, maker of the No.1 coolant in the US, will return as headline sponsor for the MSA British Rally Championship – topping up a powerful relationship first established during a successful 2017 season.

New for 2018, Prestone has strengthened its line-up ahead of the opening round by signing two ambassadors to report from all six events of Britain’s premier rallying series. Henry Catchpole and Luke Barry will host the coverage throughout 2018 as they further supplement Prestone’s large on event presence. 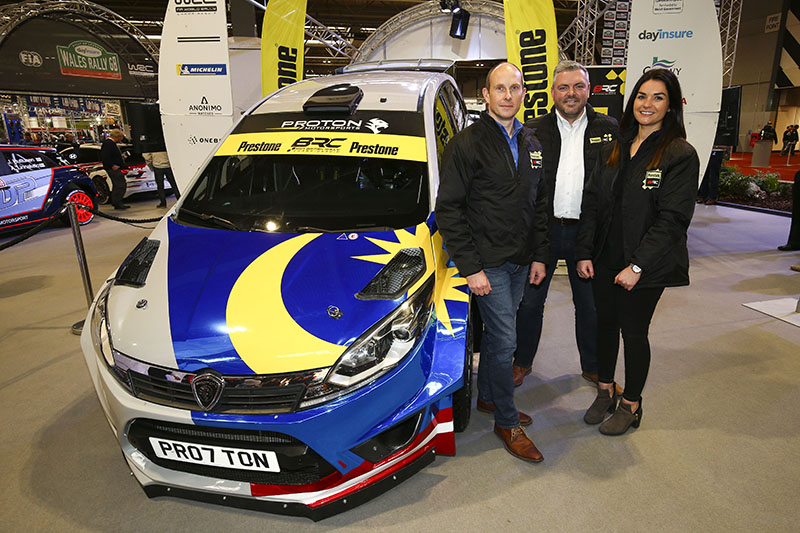 Former features editor at Evo magazine, Catchpole has been a lifelong rally fan. More recently Henry has written for various titles including DriveTribe and BBC Top Gear magazine, as well as turning his hand to presenting for Carfection, where he currently spends his time testing and reviewing the latest super and performance cars. Henry owns a gravel-specification Ford Escort MK2 and has first hand experience of the British Rally Championship, having competed back in 2008 in the Swift Sport Cup.

Luke Barry is the fresh face on the motorsport scene. The young Scot is an aspiring journalist who balances his undergraduate studies at Edinburgh Napier University with a role as Press Officer for the MSA Scottish Rally Championship. A rally fan through and through, Luke grew up with the Jim Clark Rally on his doorstep and has closely followed every British Rally Championship season. Barry has a particular soft spot for the BRC’s F2 era and has recently been selected for Autosport’s journalism academy.

Commenting at the recent Autosport International Show, Head of Marketing for Prestone, Claire Fenton said: “Following a hugely successful 2017 season, we are incredibly excited to be able to support the British Rally Championship for a second year.
“Our team has really got on board with the Championship, with us all becoming big rally fans. It’s been fantastic to offer first fill of Prestone to a large number of drivers and then follow their progress across the season.

“This season we’ll be building on the success of last year with a team of experienced ambassadors who will be reporting from the thick of the action, sharing live updates and amplifying Prestone’s partnership with the BRC. We can’t wait to get back into the service park.”
Ben Taylor, Managing Director of championship organiser, International Motor Sports, said: “Prestone’s support of the BRC was instrumental in the development of the Championship last year and the level of brand awareness and recognition that it was able to achieve from a standing start was extraordinary.

“The entire Prestone team has been welcomed into the rallying community and we look forward to working with them in 2018, taking this partnership to the next level.”

As well as being the official Coolant/Antifreeze of the 2018 season, in the coming weeks Prestone will be launching an online shop of co-branded clothing and accessories with the British Rally Championship.The 2018 series will once again see the best drivers, in the best cars, tackling the best events. With the calendar now confirmed, 2018 consists of seven points-scoring rounds in six territories, as the BRC tours the British Isles, with events in Scotland, England, Northern Ireland, Isle of Man and a concluding double header on the FIA World Rally Championship round – Dayinsure Wales Rally GB. A trip to Belgium for the classic Ypres Rally provides a popular mid-season overseas adventure, as the BRC underlines its standing as the world’s premier domestic rally championship.
Let battle commence!