PPG Refinish UK & Ireland has been keenly supporting Aiden Moffat’s career since 2015 making 2020 the fifth consecutive sponsorship year as we move in to the new decade. 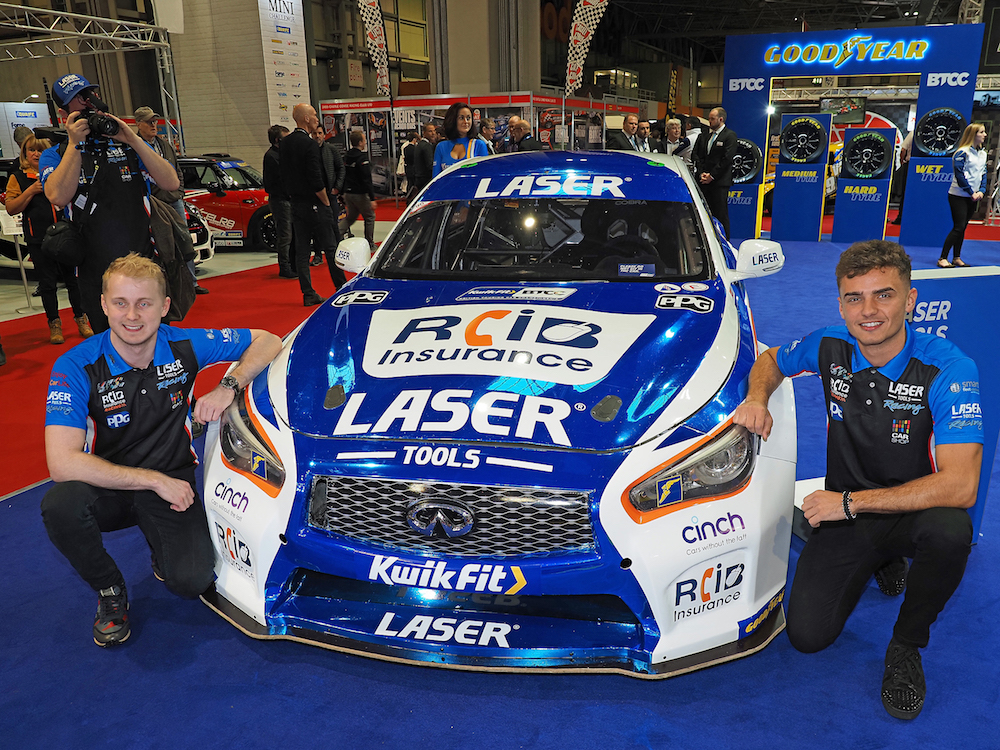 Aiden commented: “It’s great to continue working with PPG having them as part of Laser Tools Racing in this exciting new venture in this upcoming BTCC season. PPG have been a great support to me, and having their continued backing is fantastic for us. This is shaping up to be a very exciting season for myself and the team and I’m looking forward to pushing their brand to the front of the grid. As well as our newly built race cars this year, we’ll also be doing two seater days so I’m looking forward to building our already great relationship both at the race days and our exciting upcoming events!”

Aiden made history in 2013 as the youngest driver ever to start in a BTCC race and has continued to bring excitement and drama to the ten circuits in the BTCC calendar since. 2019 proved to be a challenging year for Aiden, which resulted in a mid-season car change from his Mercedes A-Class to the new Infiniti Q50. This daring tactic from the team resulted in a dramatic penultimate race at Silverstone where the Scotsman carved through the whole pack to end up on the podium after beginning the race at the back of the grid. The hard work, dedication and willingness to succeed from both Aiden and the Aiden Moffat Racing team that resulted in this marked improvement are values that PPG are proud to be associated with.

David Heal, market director Refinish UK & Ireland said this on PPG’s renewed partnership with Aiden Moffat Racing: “It has been great to be associated with Aidan over the last five years and to see the success the team have had. Innovation, commitment and teamwork are clear values that Aidan and the team have shown and are closely aligned to PPG’s core values so we are excited to continue this partnership into a new decade and wish Aidan and the team every success for a great season”.