Vehicle history and data expert Cartell.ie tells us the numbers of Porsche, Maserati, Bentley, Ferrari and Aston Martins on our roads in the Republic as of April 22nd. In total there are 1,184 high end luxury vehicles from these marques currently in the Irish fleet.

More than 50 per cent of those vehicles have been imported: 667 imports against 517 indigenous Irish vehicles.

The top model among the marques was the Porsche Panamera with 276 units followed by the Porsche Cayenne with 258 and the Porsche Macan with 197. The Porsche 911 also features with 104 examples of this model live in the current Irish fleet.

The top Ferrari in Ireland is the California with 6 models. According to the Government data there is one Ferrari Testarossa. Aston Martin peaks with the DB11 – there are 7 in the country.

John Byrne, Cartell.ie says: “With so much uncertainty in the current market it is interesting to see how many top-end luxury cars are in the country. Porsche leads the way with a variety of models and the avid car spotter has the chance to see a Ferrari Testarossa and a Ferrari 458 Italia among other super-lux vehicles in Ireland.” 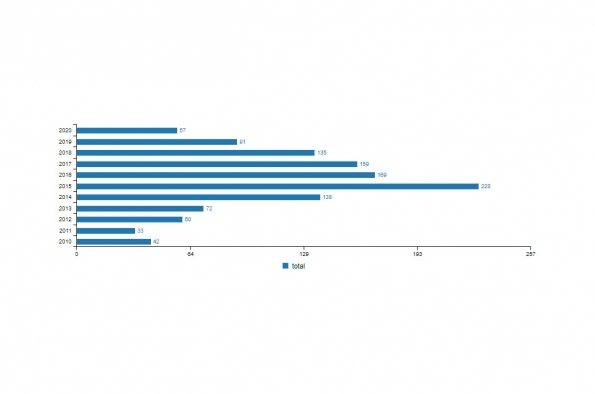 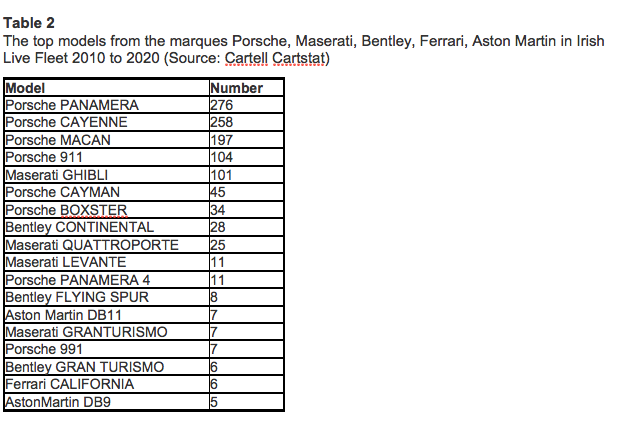