The Californian claimed third place behind current championship leader Britain’s Tai Woffinden and second placed Artem Laguta, of Russia, to secure his best position so far in the championship.
Hancock paid tribute to his team after he scored 16 points and stormed into his first ever final held in Horsens, Denmark, and his first final appearance of the 2018 SGP season.

He said: “Things are working well. I owe a lot to my guys. They put a lot of time and effort into making me fast. We work hard and it’s nice when it pays off. This was a good improvement, but there is still a long way to go.” 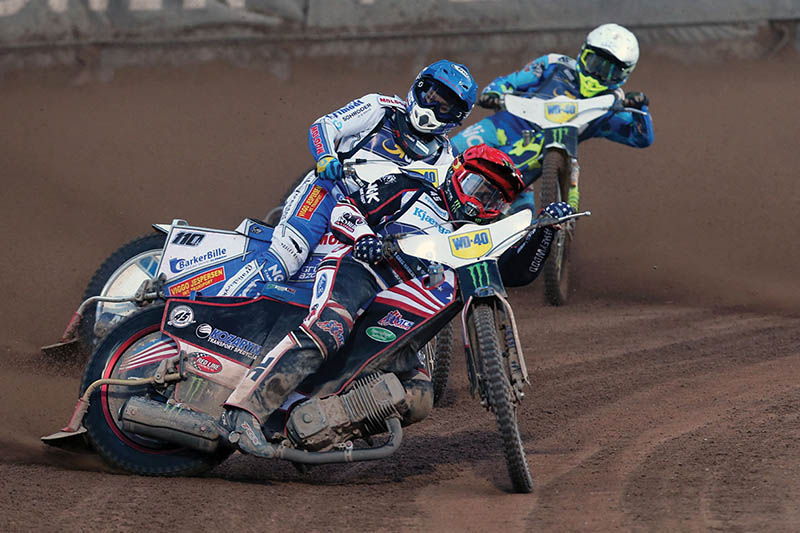 Greg Hancock: out in front in Denmark –Image courtesy of Jarek Pabijan

NGK Spark Plugs (UK) Ltd Marketing Manager Mark Hallam said: “It was great to see Greg reach the final and another impressive performance from Emil. Let’s hope they can maintain their form in next weekend’s Swedish GP.”

NGK – a leading supplier of original equipment (OE) spark plugs, glow plugs and NTK Lambda and other engine management sensors – is a long-standing supporter of Speedway and sponsors a number of top riders as well as the Wolverhampton Wolves Speedway team.

For more information on NGK Spark Plugs (UK) Ltd and its products and services, please visit the website www.ngkntk.co.uk