Peugeot Ireland, has opened order books for their all-new 2008 SUV with pricing announced for diesel and petrol models. Diesel versions have now arrived, with petrol powertrains due in March. Prices start from €23,900, plus delivery related charges for the Active 1.2 PureTech petrol 100bhp model. 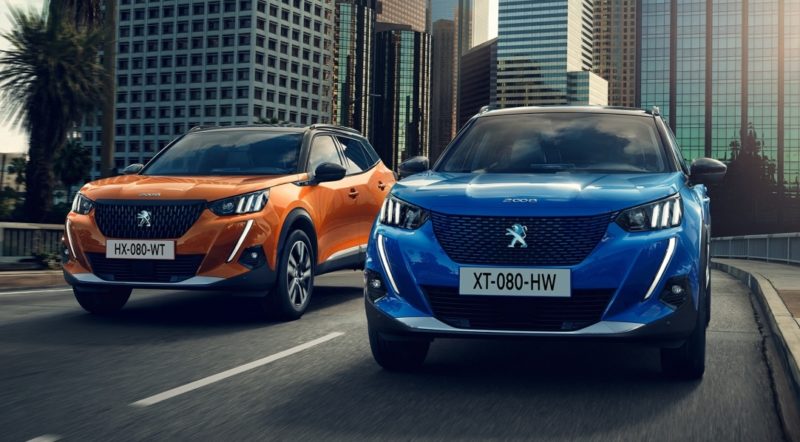 This rises to €25,900 plus delivery for the Active 1.5 BlueHDi 100bhp model, the full electric e-2008 SUV pricing will be announced closer to launch, this April.

Sporting a striking, robust front face and strong lighting signature, the new Peugeot 2008 SUV is longer and wider than its predecessor model. With generous dimensions, the all-new 2008 SUV also holds a maximum capacity of 1,467 litres in the boot. Even with an electric battery in place, which is positioned under the floor of the all-new e-2008 SUV, Peugeot says thatthere’s no compromise to space.

Customers will also benefit from the Peugeot’s i-Cockpit, featuring a compact multi-function steering wheel, heads up instrument panel and touchscreen, while Bluetooth, ‘Mirror Screen’ with Apple CarPlay and Android Auto is also standard across all versions.

First launched in 2013, Peugeot has sold more than one million units of its star-selling 2008 SUV. With the new-generation model, it aims to remain a leader of the SUV market in Europe.

Des Cannon, Managing Director at Gowan Distributors, said: “The stunning all-new 2008 SUV has real road presence and I have full confidence it will gain new custom, even in its very competitive B SUV segment. Our philosophy of offering customers the option to choose the model, then choose the powertrain – petrol, diesel or electric – without compromising on space, technology, looks or driving sensations, is striking a chord with customers. We strongly believe this approach allows customers to opt for the powertrain that best suits their exact needs.”