Just over a week after the departure of Pope Francis, Skoda Ireland – who was official car partner to the World Meeting of Families 2018 – has reported strong growth in business activity across several of its retailers, as well as increased levels of enquiries to its call centre at the brand’s headquarters, in Dublin.

The interest generated has converted to sales, with its longest serving Skoda dealer in Ireland, based in Galway, reporting the sale of seven Skoda Rapid vehicles immediately after the Papal visit. Similar reports are coming in from dealers nationwide, with Skoda representatives confirming a growth in interest in the Skoda Rapid range – particularly from members of the clergy. 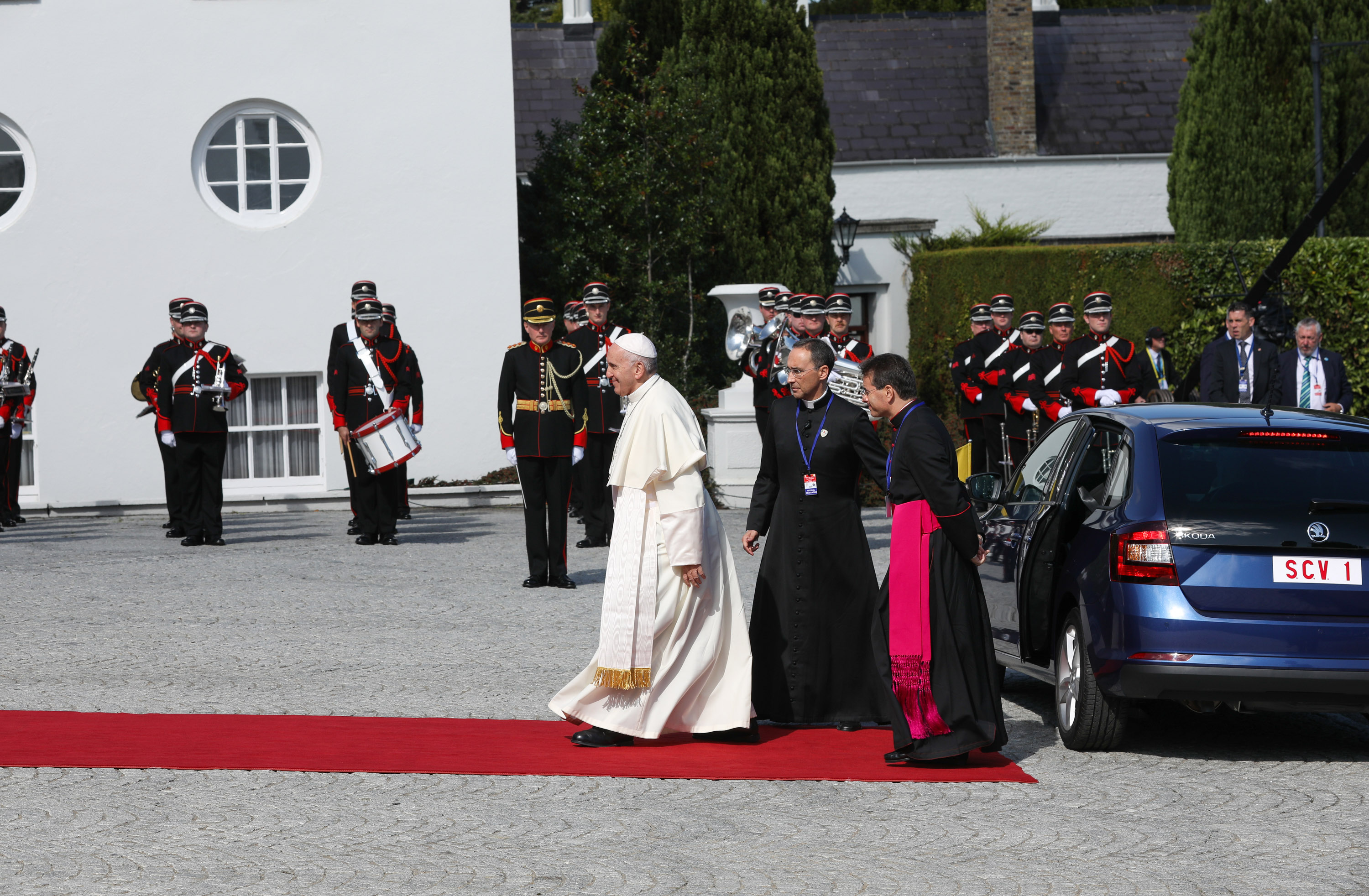 Commenting on the success of the partnership, John Donegan, brand director at Skoda Ireland, said: “This partnership provided us with a rare opportunity to place our brand on a national and international stage. In addition to the 1.1 million people who tuned in to watch television coverage of the Papal visit, Pope Francis’s Skoda Rapid became a real talking point. The results of our partnership have been outstanding. Both our dealer network across the country and our team at headquarters have received a huge amount of interest from potential new customers. That is testament to the exceptional quality and value of the Skoda range.”

Pope Francis’ Skoda Rapid and its various modifications became a unique discussion point, across all media coverage of the Papal visit. As a result Skoda Ireland has launched the ‘Pope’s Armrest’ as an optional extra, across all its models. The car brand has also seen high demand for the Papal blue, specially applied to Pope Francis’s Skoda Rapid.

As part of its partnership with the World Meeting of Families, Skoda Ireland donated two of the Papal fleet Skoda Rapids, to be provided to charities nominated by Archbishop Diarmuid Martin, in accordance with the wishes of Pope Francis. Last week, the two charities chosen were named as Crosscare and Foyle Search and Rescue.

Commenting on the naming of the charities chosen, Mr Donegan added: “The whole team at Skoda Ireland were delighted to hear that Crosscare and Foyle Search and Rescue were receiving the cars. Both organisations provide exceptional and vital services to our communities. We hope that our cars assist them in continuing their life-changing work.”