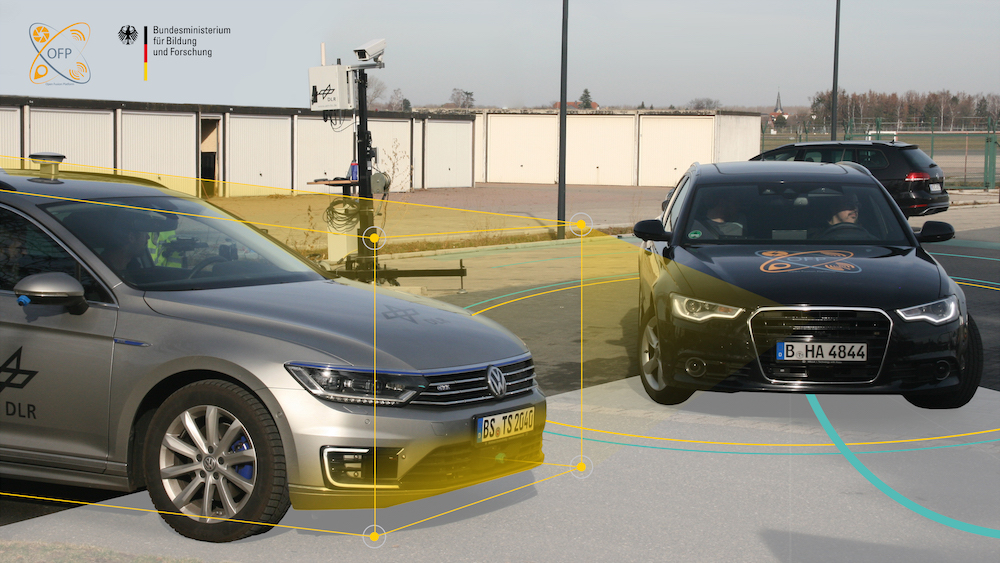 The project, funded by the Federal Ministry of Education and Research with € 4.4 million, was successfully completed in just over three years with the integration of the first fully autonomous driving functions in three demonstration vehicles. In the implemented scenario, a fully automatically electric vehicle drives to a free charging station in a car park and positions itself over the charging plate. After the charging process has been completed, it automatically searches for an available parking space, without a charging plate. “For such highly or fully automated scenarios, so far only prototypes that were not yet close to series production have existed,” explains Dr. Michael Schilling, Project Manager for Pre-Development of Automated Driving at Hella and Network Coordinator for the OFP project.

Today there already are driver assistance systems in series production, such as traffic jam assistants that merge data from two sensors.

Dr. Schilling adds: “But for fully automated driving, it is necessary for the vehicles to be able to perceive their entire surroundings. To achieve this, data from a multitude of sensors and cameras has to be merged in order to create a full model of the surroundings. Such a model then shows the driving environment with the required amount of accuracy, allowing to implement a reliable driving function.”

One of the challenges revolves around the interfaces between the individual sensors and the central electronic control unit, which have not yet been standardised. The interfaces of actual driver assistance systems are very function-specific and depend on the individual supplier or vehicle manufacturer. This is exactly where the research project started its work.

Four cameras and eight 77 GHz radar sensors, covering 360° around the vehicle, served as input for the OFP. An additional Vehicle to X-Communication module (V2X module) also enables communication between vehicles and external infrastructure, such as the charging plate. The network partners have disclosed the interface descriptions of the individual components in a freely available “Interface Specification”. During the project, an ISO working group for the standardisation of the sensor data interfaces, was launched by the research group, together with other leading vehicle manufacturers and suppliers.

Upon completion of the project, an updated interface description is published, which also flows into the ongoing ISO process. This means that for the first time, all vehicle manufacturers and suppliers will have the opportunity of integrating their products quickly and easily into the fusion platform. With the complex environmental model, Hella Aglaia Mobile Vision has developed the central component of the OFP. Using the OFP visualisation, developers can see how the vehicle perceives the entire environment and then, on this basis, decide how the sensor data is to be merged. Whether it is a complex driver assistance function or fully automated driving function – all functions can be programmed in this way. “This accelerates development work, which ultimately leads to a growing number of functions and thus to automated driving functions moving earlier into the mid-range vehicle segment,” says Dr. Schilling.

Work on the OFP will continue after the project. Crucial questions will include how the sensor data can be processed with machine learning in order to improve functions and further accelerate the development work. The car park scenario is also to be expanded to include urban driving situations and general driving at over 20 km/h. These scenarios require interaction with other sensors, such as LiDAR sensors. It is precisely in this area of multi sensory data fusion that OFP will be able to exploit its full potential. Moreover, functional safety will play a major role in further development to ensure that all developed functionalities are and remain fail-safe.