The Telegraph newspaper reported last Friday that Britain is ‘becoming a scrapyard’ as number of old cars dumped on the roadside trebles.

The newspaper used freedom of Information requests to over 400 councils and their excellent research  revealed the number of cars being reported as abandoned has risen nearly three times from 40,876 in 2012 to 147,616 in 2016. Fines for abandoning cars varies between councils but averages at around £132 per incident. 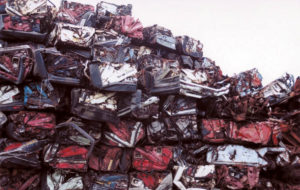 Experts contacted by Telegraph said the phenomenon was down to rising scrappage costs and a trend for drivers choosing to run their cars into the ground instead of switching them for newer models.

The Telegraph also pointed out in their informative article that according to the most recent data from the Society of Motor Manufacturers and Traders (SMMT) the average age of a vehicle on the road has increased, from 6.8 years in 2003 to 7.8 recorded in 2015. The average age of a car at scrappage in 2015 rose to 13.9 years, up from 13 years in 2009.

Sales of new cars has plummeted in recent months and the SMMT revealed that second-hand cars also fell by 1.1 per cent last year as the car-buying slump hit the used market for the first time. The SMMT revealed that circa 8.2 million used cars changed hands in 2017 in Britain, which is 87,000 fewer than the year previous.

In addition to currency rates, the supply and demand for used cars in the UK determines prices for Irish buyers. This has a knock-on influence on new and used car sales in Ireland.