Nissan Ireland has urged the Government not to abandon its target of having one million electric vehicles on Irish roads by 2030.

The firm has also warned that any move to change the EV grant scheme will trigger a dramatic slump in electric vehicle sales.

The target of one million EVs by 2030 is expected to be cut to 650,000 when the Government publishes its new Climate Action Plan in the coming weeks, with the new plan focusing on public transport, cycling and walking. 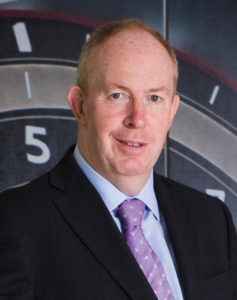 Group CEO of Nissan Ireland, James McCarthy claims Ireland is on track to achieve the target of one million EVs by 2030. This, however, is despite the fact that figures from SIMI show that we are well over 900,000 EVs short of the mark with almost seven years to go until 2030.

Yes, EV sales are on the rise here, but with the current cost-of-living crisis, a potential recession on the horizon, and with more people holding on to their current combustion engine cars, even the new target of 650,000 EVs seems unlikely.

Nevertheless, Mr McCarthy said that Transport Minister Eamon Ryan’s priority should be to deliver a Climate Action Plan that works for the transport sector and that takes account of the reality of family life in Ireland.

“The Minister’s proposal to reduce car travel and car dependency is a pipe-dream that ignores the reality of family life in Ireland. A car is a necessity for families living in suburban and rural settings. There will be more cars on Irish roads as our population grows and the age profile of drivers widens and our priority must be to ensure that these cars are cleaner, electrified vehicles”, he said.

Mr McCarthy added that the Government needs to increase EV grants, extend the €60,000 ceiling that applies to them and to further invest in EV-charge points.

“EVs are becoming more expensive and that is why the €5,000 EV grant is so important. Its existence incentivises buyers to choose an EV over an ICE vehicle 95 per cent of the time. Any move to reduce or phase it out will trigger a dramatic slump in electric vehicle sales,” Mr. McCarthy stated.