Nissan has announced that it will be launching a factory-finished camper van version of its e-NV200 electric van, believed to be the first of its type in Europe.

To coincide with the public reveal of its new extended-range 40-kWh e-NV200 panel van at the recent Madrid motor show in Spain.

The new generation e-NV200 has a 124-mile range based on WLTP measurements, and is manufactured at Nissan’s LCV plant in Barcelona. 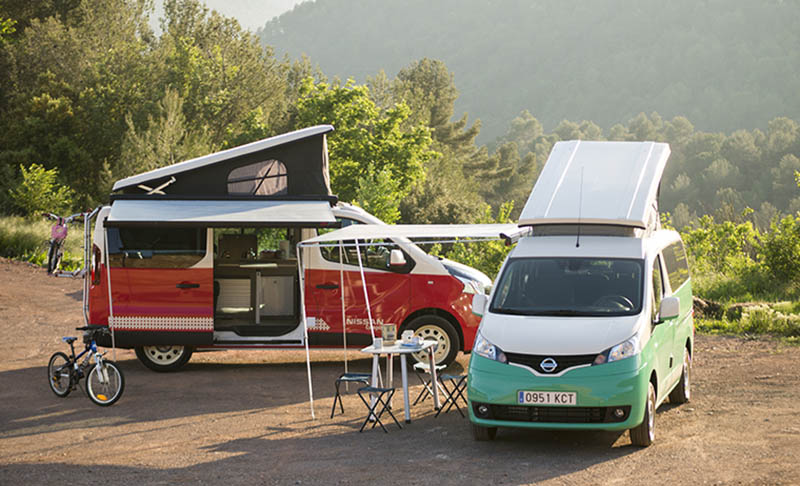 The electric camper was revealed at the same time as internal-combustion powered factory campers, making Nissan the second LCV manufacturer to offer an off-the-peg camper van model. Volkswagen’s California models were the first, based on the T6 Transporter.
The factory camper features a compact layout that includes a pop-up sleeper roof, standing height interior, kitchen block with stove, sink and refrigerator, removable table that attaches to the kitchen block, swivel front seats, interior heating, and gas and water systems. There are also floor rails for more flexibility in positioning the rear bench.