Former Irish Sportswoman of the Year Nicole Drought will get her first taste of UK endurance racing when she joins Preptech UK team at the Citroen C1 Challenge four hour race at the Snetterton circuit in Norfolk.

The Trade Team C1 Challenge is designed to provide a low cost method of going endurance racing. Making use of the 1.0 Citroen C1 car with very limited modifications, this series offers an excellent affordable way to go racing.

Nicole competes in the Irish Stryker Championship in 2018 and has visited the podium on three occasions so far. She has also competed in the Mondello Park Fiesta six hour endurance race, so the concept of a low powered one make race won’t be a new experience for the former Irish Sportswoman of the Year. 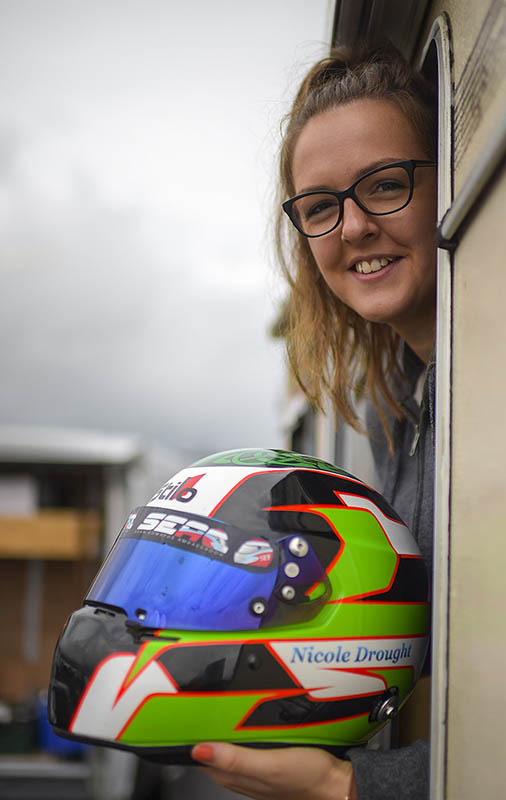 “I’m delighted to have been invited to take part and I can’t wait to meet the team and see the car! Sure, the C1 will be slower than my usual Stryker, but like the Mondello Fiestas, the speed is irrelevant when you are surrounded by a group of similar cars. I don’t know the circuit at all, but I have been learning as much as I can from maps and onboard coverage for the last week or so”.

“With four hours of racing, we won’t be testing, so I will try to learn the track in qualifying and then stay out of trouble in the early stages and after that we will see how it pans out. Protech are hugely experienced and very successful so no doubt they will have our strategy well planned”.