NGK-sponsored Speedway star Matej Zagar has booked his place in the 2020 World championship.

The Slovenian topped the podium at the FIM Speedway Grand Prix qualification round in Croatia after beating runner-up Niels-Kristian Iversen in a run-off for first spot after they tied on 11 points to guarantee both current SGP riders their place in the 2020 series, regardless of where they finish this term. 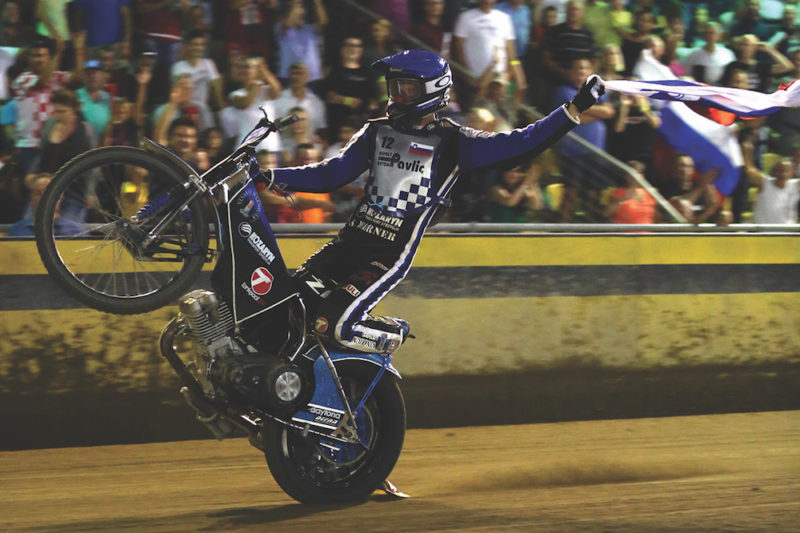 This is his second GP Challenge win following his 2014 triumph in Lonigo, Italy. It’s also the second time he has booked his SGP spot in Gorican, having finished second in the 2012 GP Challenge there.

Zagar, who is currently 12th in the World championship on 37 points, said: “These meetings are always tough – we’ve seen it before. I have managed to win two now in my career.

“I think this is bigger than winning a GP. If you win a GP, that doesn’t give you a qualifying place for next year. It just gives you victory in one meeting. Winning this is big for me.”

Fellow NGK-sponsored British star Robert Lambert, who scored five points in the meeting, returns to the SGP stage in Teterow and Vojens to replace four-time World champion and stablemate Greg Hancock who is once again absent for personal reasons.

He steps in for Saturday’s Aztorin German SGP and the Danish SGP, sponsored by Ecco, on September 7, returning after a back injury that left him unable to replace Hancock at the last two rounds.

NGK Spark Plugs (UK) Ltd Marketing Manager Mark Hallam said: “We are delighted that Matej has secured his place in next year’s championshp and I’m sure this victory will spur him on in the remaining rounds of this year’s champiopnship.”