Motorcycling ace Chrissy Rouse – who is sponsored by NGK – has claimed third and fourth place in round five of the Pirelli National Superstock 1000 Championship.

The North East star, who races for Morello Racing Kawasaki, is now in eighth position in the championship following his impressive performances in two races at Knockhill in Scotland. 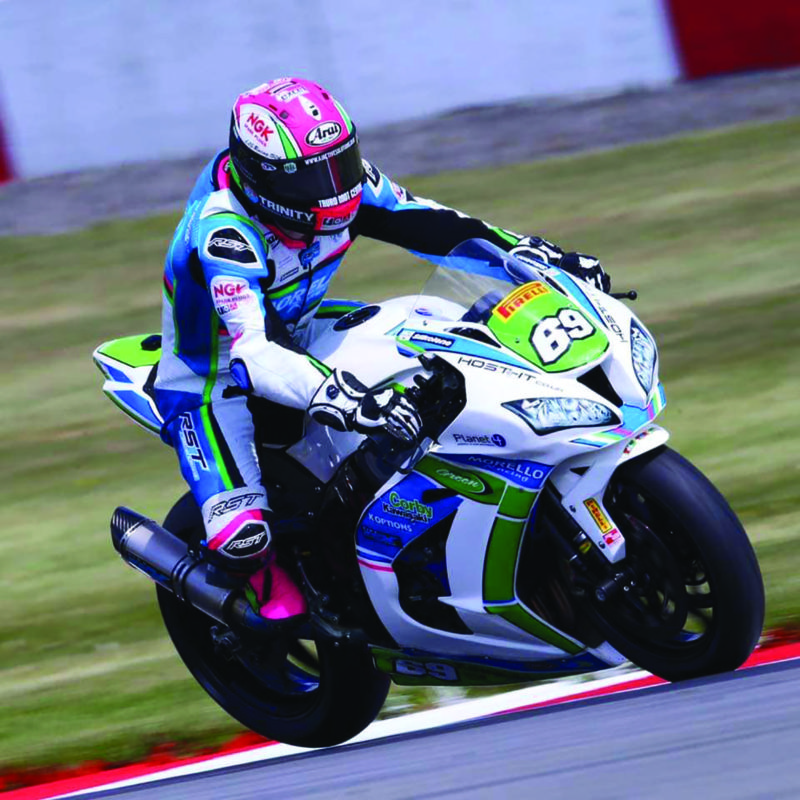 Qualifying in fourth place for the first race on his Kawasaki ZX-10RR, Rouse made a superb start to the race and moved up to second on lap two and although he was soon shuffled back to third, he never came under serious threat for the final podium position crossing the finishing line just nine seconds behind race winner Richard Cooper.

The second race saw the young star start from third on the grid but with rain falling, he had to settle for fourth place, just over a second behind third placed rider Andy Reid.

He said: “I’m really pleased with how this weekend’s gone and it’s a nice feeling to be back on the podium. In the first race, I made a few little mistakes which saw me lose the tow to Richard (Cooper)and Taylor (Mackenzie) but I had a good gap to the rider in fourth, so it was a relatively uneventful race.

“Sunday’s wet weather made for a very tricky race, but we made some good improvements to the wet settings which gave me a lot more grip. It was quite difficult conditions but I was pleased with fourth and with a good haul of points I’ve moved up a good few positions in the championship, so it’s been a good weekend.”

Mark Hallam, Marketing Manager, NGK Spark Plugs (UK) Ltd, said: “It was another impressive performance by Chrissy. He is currently in fine form which bodes well for next weekend’s meeting at Donington Park.”

NGK has long been associated with the two-wheel bike scene both on the road and in the motorcycling racing arena where its spark plugs have helped the world’s leading teams and riders to countless victories and titles.