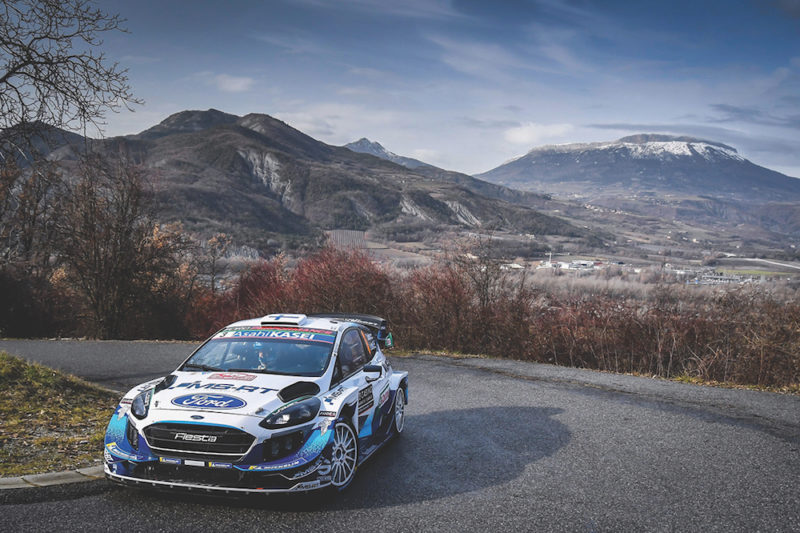 Recovering from a difficult start, the Finns bounced back – learning with every kilometre and gaining confidence to head into the final day of competition in a battle for fourth place with nine-time World champion Sébastien Loeb.

Putting the seven-time Monte winner under pressure, Lappi came out on top – securing the position as well as an additional point for the fifth fastest time through the Power Stage in the EcoBoost-powered Ford Fiesta WRC which is fitted with NGK spark plugs and NTK Lambda sensors.

Focused on showing his pace through the Power Stage, Suninen split the top-three and was the fastest man through the second half of the stage – securing an additional three championship points for the third fastest time.

Esapekka Lappi said: “This is my best result from Monte and I think the best we could have done this weekend, so I am really happy with that. I managed to concentrate only on myself and what we were doing, and that seemed to work pretty well. It was a very challenging event and not always so easy, but we improved stage by stage and learnt a lot over the course of the weekend – so I’d say it’s been a positive start to the season.”

Mark Hallam, marketing manager, NGK Spark Plugs (UK) Ltd, said: “It was a very positive start to the 2020 season with both Esapekka and Teemu putting in impressive performances. It is testament to the efforts of everyone involved at M-Sport over the years for helping the team to score points in 250 consecutive rallies which is a fantastic achievement.”

The record started 18 years ago when Carlos Sainz and Colin McRae piloted their Ford Focus RS WRCs to third and fourth places at the 2002 Monegasque event, and since then the team has secured manufacturer points on every event contested.

A total of 22 drivers and 28 co-drivers have contributed to the achievement which includes seven FIA World Rally Championship titles – three for manufacturers, two for drivers and two for co-drivers – as well as an impressive 50 victories and 185 podiums.