Long-time Speedway sponsor NGK Spark Plugs (UK) Ltd is now spreading its support of the sport to a new racing arena. This time on ice.

The ignition specialist is sponsoring three-time and current World champion Daniil Ivanov in Ice Speedway which sees riders compete on 500cc motorcycles without brakes and racing on rubber or studded tyres. 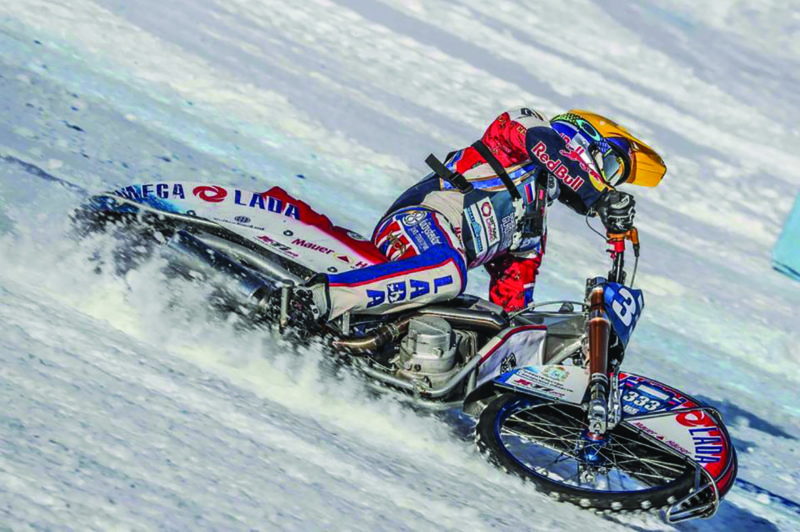 NGK is a long-standing supporter of Speedway on shale, with sponsored fellow Russian Emil Sayfutdinov in second place in the 2019 World individual championship going into the final Grand Prix in Torun, Poland on October 5, and has now ventured into Ice Speedway which is particularly popular in north European countries including Siberian Russia, Sweden and Finland and also in Germany and The Netherlands.

NGK Spark Plugs (UK) Ltd Marketing Manager Mark Hallam said: “We are delighted to announce that following on from our well-known support of Speedway on shale we will be sponsoring Daniil who is a big star in the ice version of the sport and the current World champion.

“The racing is very exciting and I’m sure our customers who follow the traditional form of the sport will be backing Daniil as he competes in the 2020 World Ice Speedway Championship.”

Born in 1986 in Russia, Daniil began riding a motorbike at seven years old, trained by his father, a well-known rider himself. After years of competing in motocross, Daniil was looking for a new challenge and pitted himself against the elements in Speedway and Ice Speedway going on to claim his third Ice World title this year.

Provisional dates for qualifying rounds of the 2020 FIM Ice Speedway World Championship have been announced for January in Sweden and Russia before the championship starts in February with rounds planned for Kazakhstan, Russia, Germany and The Netherlands.