An 82-year-old automotive parts worker has raised more than £1,500 for charity after undertaking a skydive.

NGK Spark Plugs (UK) Ltd was one of the main sponsors of Les Paul who made the jump to raise money for The British Heart Foundation. 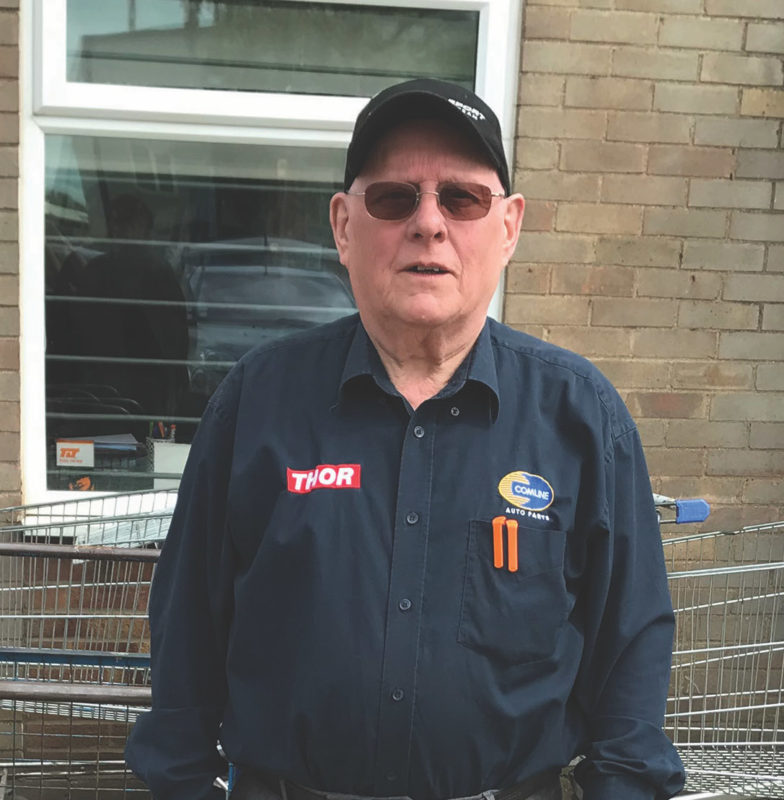 Les, who works as a warehouse operative for independent distributor and NGK customer Thor at its branch at Fengate, Peterborough, took to the air at Sibson Airfield near Peterborough.

It was the fifth time the les had made a skydive having in the past raised funds for Alzheimer’s, Air Ambulance, Prostate Cancer and other charities.

Les, who has worked for Thor since 1991, said: “It went very well. It was sunshine up top and dry at the bottom but going through the clouds was like going through a rainstorm. Still it was very good to raise the money for the charity and I’m grateful for the support I had from NGK, Thor and many others. I’m now thinking of doing something a bit different next time – probably a wing walk!”

Stuart Bayne, who is Sales Manager – North for NGK Spark Plugs (UK) Ltd, said: “We were only too pleased to support Les who is still an important part of our customer Thor’s team. We are delighted that his skydive has helped such a worthwhile charity.”