NGK-sponsored World Speedway Champion Greg Hancock has officially withdrawn from the remainder of the 2017 FIM Speedway Grand Prix series as he seeks to fix his injured shoulder and focus on getting fit for 2018.

The four-time champion has been out of action since the British Speedway GP in Cardiff last month and despite his best efforts to try and build the shoulder back to strength, he has decided to end his season early and seek an operation. 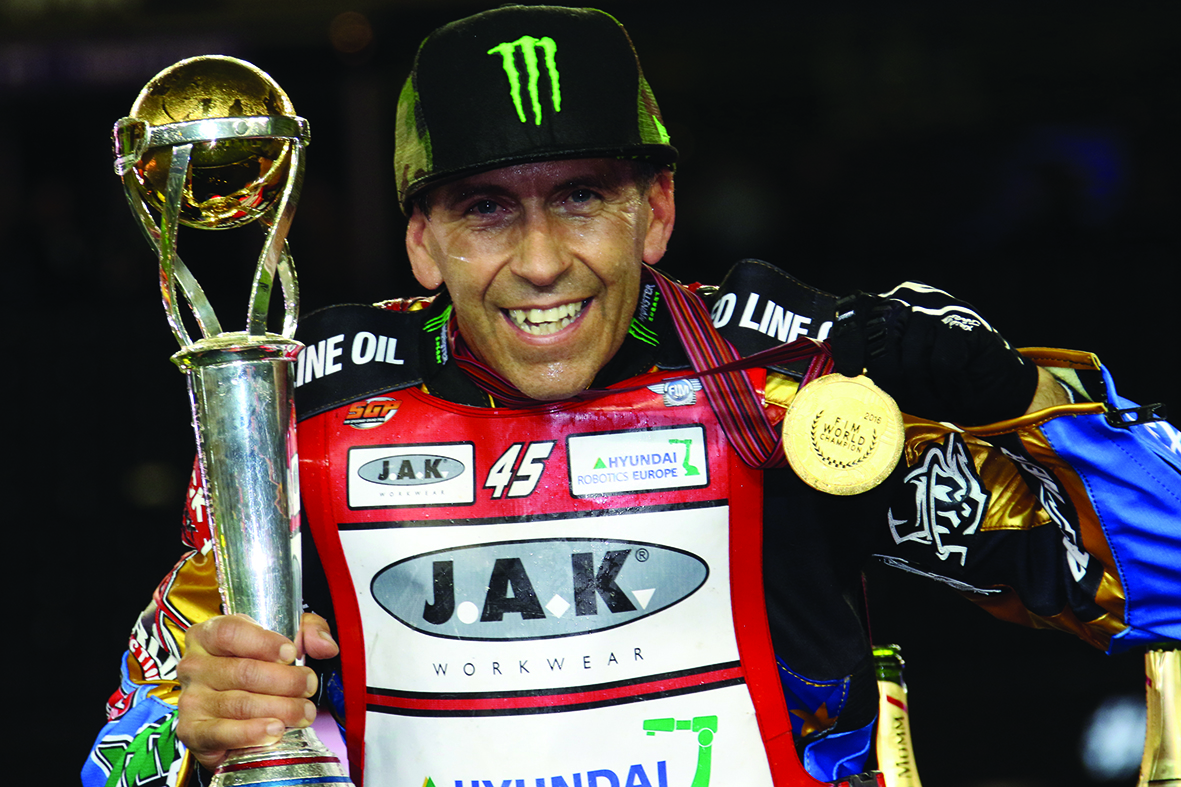 After dislocating the shoulder three times in a little over a few days in July, Greg sought the opinion of leading shoulder specialists and was advised to have the much-needed operation as soon as possible and focus on a full recovery.
Not wanting to end his season prematurely, Greg underwent intensive physio treatment to try and stabilise it enough to continue, but he has now made the decision to get the operation as soon as he can.

He said: “I am obviously devastated to have to end my season so early but I know that it’s the right call, as frustrating as it is. I have worked so hard since Cardiff on trying to build the strength back up in my shoulder and trying to stabilise it but the truth is that the only way of making it strong enough is to have an operation and get it fixed properly.

“I have had a lot of physio treatment and I really hoped that I would at least get it strong enough to see out this season but over the weekend it almost popped out again and really that was the confirmation I needed that it would be dangerous to get back on the bike.

“To compete at the highest level, you need to be 100 percent confident that you can do everything you need to do on the bike, you need to be prepared for every situation and I know that I can’t do that with the shoulder the way it is. It’s not fair, safe and I won’t put myself or other people at risk.

“It’s definitely not the way I wanted my season to end but sometimes you’ve just got to listen to your body and do the sensible thing so you can live to fight another day. My focus now is on getting my shoulder fixed as soon as possible and then working hard on my recovery so I can come back next year 100% fit and ready for another big season.

“I have to say a huge thanks to all my fans for the support and nice messages over the last few weeks and of course to my clubs and sponsors too, who have been awesome. I’ll be back!”

NGK Spark Plugs (UK) Ltd Marketing Manager Mark Hallam said: “It is very sad that Greg has had to withdraw from this year’s championship, but I am sure that he will return to action better than ever in 2018. We wish him a speedy recovery.”

Fellow NGK-sponsored riders Emil Sayfutdinov and Matej Zagar will be competing in the Polish GP in Gorzow on Saturday, August 26. The pair currently lie in seventh and tenth place respectively.
NGK – the leading supplier of original equipment (OE) spark plugs, glow plugs and NTK Lambda and other engine management sensors – has been a long-time supporter of Speedway and recently announced it is sponsoring Greg’s 12-year-old son Wilbur.

For more information on NGK Spark Plugs (UK) Ltd and its products and services, please visit the website www.ngkntk.co.uk Also you can check out its blogzine at ngktorque.com