NGK-sponsored Chrissy Rouse has raced to two podium finishes in the latest round of the 2019 Pirelli National Superstock 1000 Championship.

The North East motorcycle racer – who rides for the Morello Racing Kawasaki team – achieved the feat at Donington Park over the Bank Holiday weekend in the UK.

A successful test at Cadwell Park saw Rouse arrive at the Leicestershire venue with a spring in his step and, having ironed out a few teething issues with the Kawasaki ZX-10RR, immediately made a good start to the weekend, posting the second fastest time in free practice. 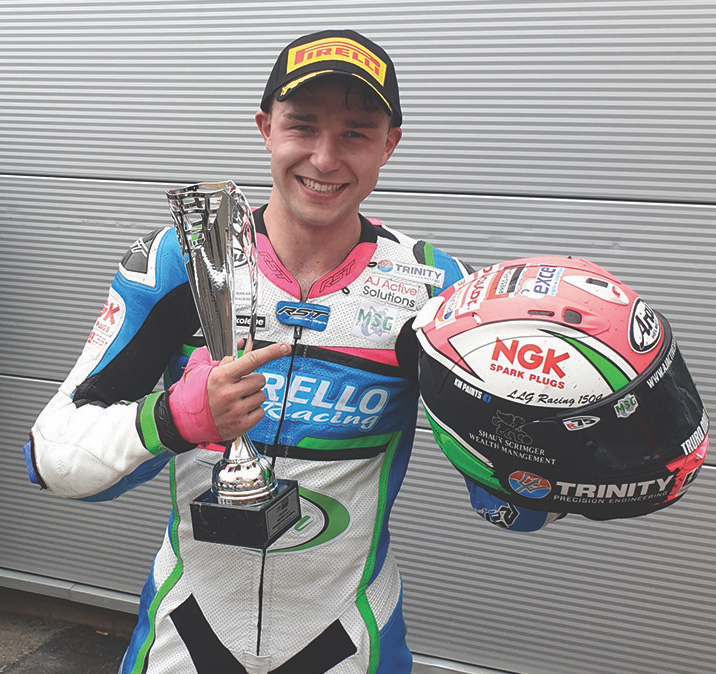 Qualifying on Saturday saw Rouse eventually finish in fifth place, just half a second off pole position, ahead of the two 22-lap races which took place in quick succession later that afternoon.

Right from the beginning of the first race he was in contention for a win and although at one stage he slipped back to fourth, by half race distance he was back up to second and just half a second behind championship leader Richard Cooper. The Suzuki rider eventually pulled clear and Rouse had to settle for third after he was overhauled on the penultimate lap.

A quick turnaround saw him back out on track for the second race and he again fought for the lead all race. On this occasion, he pushed Cooper even harder before taking second place.

Conditions at Donington were a lot different on Sunday with cooler temperatures and showers. Rouse lined up on the front row and a good start saw him end the first lap in third place but on the fourth lap, he dropped back to tenth after running off track at Coppice. Going into the last lap, he had moved up to sixth but unfortunately crashed out at Coppice.

Mark Hallam, Marketing Manager, NGK Spark Plugs (UK) Ltd, said: “It was a fantastic performance by Chrissy to achieve a double podium at Donington and I’m sure the many NGK customers who are devoted motorcycle racing fans are looking forward to the next round of the championship at Brands Hatch on June 14-16 when he can hopefully emulate or even improve on the weekend’s performance.”

NGK has long been associated with the two-wheel bike scene both on the road and in the motorcycling racing arena where its spark plugs have helped the world’s leading teams and riders to countless victories.

It is the world’s number one original equipment (OE) fitment with its Iridium IX spark plugs being popular with motorcyclists for its ability to provide enhanced ignition efficiency, better acceleration, faster starting and smoother running, longer life and impressive fuel economy.