NGK-sponsored ‘Queen of the Bikers’ Maria Costello MBE has enjoyed a successful trip Down Under racing at the renowned International Festival of Speed.

She got her motorcycle racing season off to a fantastic start claiming three podium finishes at the event at Sydney Motorsports Park.

Invited by Luis Gallur to race for his team Moto Gallur, the Northamptonshire racer competed alongside teammate Cameron Donald, the well-known TT racer and commentator, on an Egli-Vincent 500.

Working closely with Dudley’s Performance, who run and develop the Moto Gallur race bikes, Maria secured her first podium when she finished second on the Moto Gallur Vincent in her first race in dry conditions before achieving fourth place in her second race in the pouring rain.
The following day she claimed second place behind teammate Cam Donald before finishing her weekend of racing with a third place. This gave her an overall placing of second and she was awarded with a trophy to bring back to England. 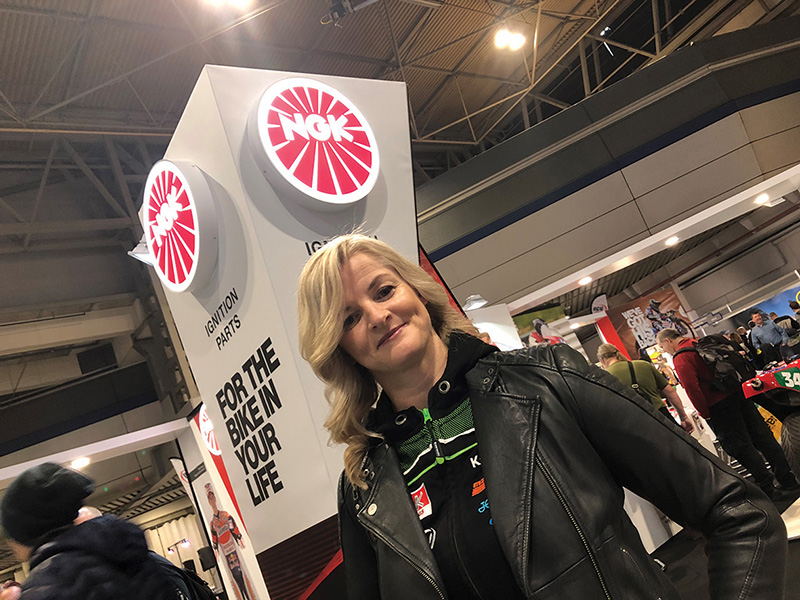 She said: “This was my most successful race event in Australia and it’s all thanks to Luis Gallur who invited me to race his beautiful motorcycle and made this opportunity possible. The Egli-Vincent was a total delight to race and I can’t thank the Dudley’s Performance mechanics and personnel enough. Their help and support was second to none. I felt at home in the team and that showed in the lap times and results.

“To learn that I’ve secured a permanent place in the team and I’ll be back racing in Oz next year is a dream come true.”

This season Maria is competing on four-wheels back in the UK in the Historic Racing Drivers’ Club, running the HDRC ‘Works’ Austin A30 Academy Car.

NGK Spark Plugs (UK) Ltd is a long-standing supporter of Maria with her Kawasaki ER6 supertwin motorcycle sporting an NGK-dominated livery as well as the LCR sidecar she raced last season with Kirsty Hauxwell.

The company has a long and illustrious motorsport pedigree, helping some of the most famous two and four-wheel teams and competitors to numerous race victories and titles.