NGK-sponsored M-Sport Ford World Rally Team’s Sébastien Ogier and Julien Ingrassia have missed out on victory at the Rally Italia Sardegna by the smallest of margins – less than a second separating their EcoBoost-powered Ford Fiesta WRC from the top-step of the podium.

It took the competing crews three hours, 28 minutes and 18.7 seconds to complete 314.36 kilometres of gruelling terrain. Yet come the end of the rally, five-time World Champion Ogier finished just 0.7 seconds behind the winner Thierry Neuville – in essence just a heartbeat.

However, the Frenchman was not disheartened and by taking good points and in second place in the overall standings he may have lost this fight but the battle for the championship goes on.
Ignition specialist NGK Spark Plugs (UK) Ltd is a partner of the team whose cars are fitted with NGK spark plugs and NTK Lambda sensors. 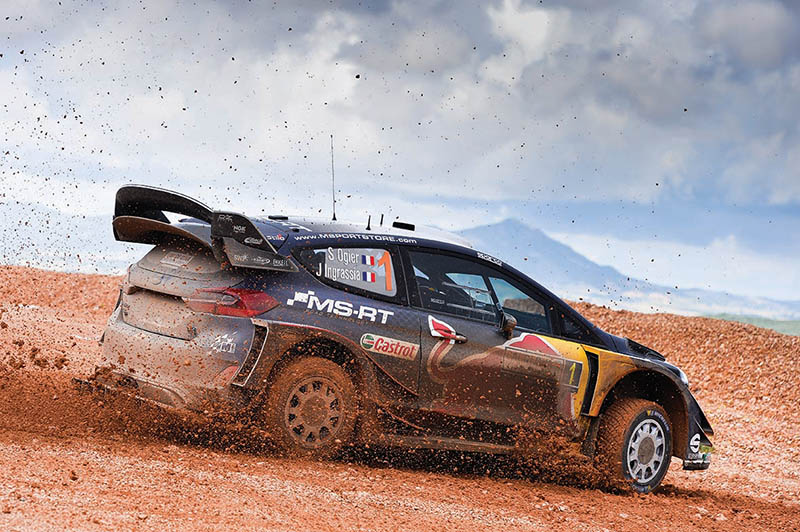 Team principal Malcolm Wilson OBE said: “This is a day that rally fans will remember for a very long time. It was an incredible battle and fantastic for the sport, but obviously a little gutting to have missed out by such a small margin. At the end of the day, Sébastien delivered a fantastic performance. He pushed hard and gave it his best, but it wasn’t quite enough today.”
Sébastien Ogier said: “I don’t think I can be unhappy with this weekend. I did everything I could, but I have to say that I was not prepared to take as many risks as Thierry. We still have some work to do because we were losing some tenths here and there – especially in the slower, more technical sections – but it’s still a good result for the championship.”

Mark Hallam, Marketing Manager, NGK Spark Plugs (UK) Ltd, said: “What an incredible rally. It was the joint third closest finish in FIA World Rally Championship history and must have thrilled our many customers who are WRC fans. It’s all set up nicely for the rest of the season.”

For more information about NGK Spark Plugs (UK) Ltd and its products and services, please visit www.ngkntk.co.uk You can also check out its blogzine at ngktorque.com