NGK-sponsored Maria Costello MBE has completed her 2018 solo season by achieving notable success in both Europe and the United States. 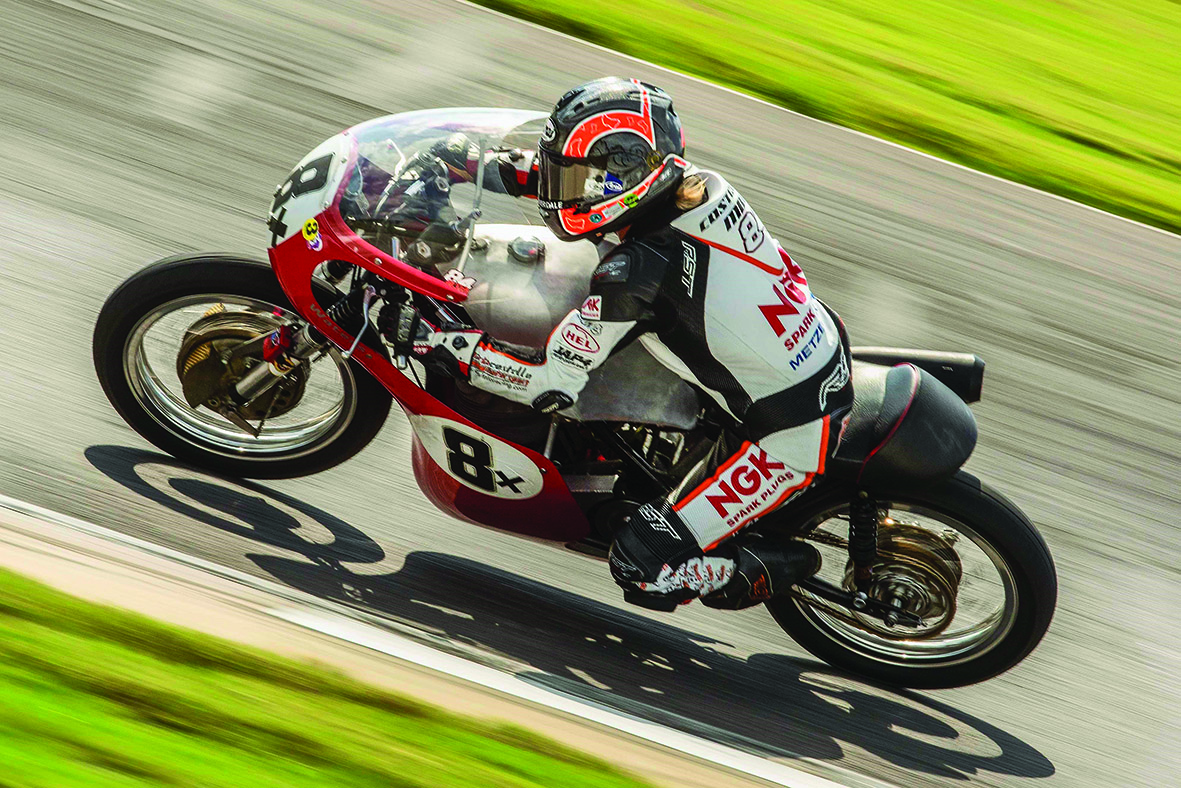 At the classic motorcycle event in Rijeka, Costello was back onboard the Paton 500 which she competes on at the Isle of Man.

Costello said: “I had the best time in Rijeka. Getting to race the Beugger Paton and win was a massive highlight but everything about this Grab the Flag meeting was just brilliant. It’s a wonderful event filled with a huge amount of track time on a beautiful track that you share with an eclectic mix of classic motorcycles – there’s more hand shift motorcycles than you can shake a stick at.”

The culmination of the event was an even better result for Costello, as the Beuggers confirmed that it would return to the Isle of Man to again field Costello in the Senior Classic TT.

Costello then jetted to the USA to compete at the Barber Vintage Festival and claimed a respectable fourth place in the Premier 500 class onboard the Jamie Waters, Bob McIntyre-framed Matchless G50.

NGK Spark Plugs (UK) Ltd Marketing Manager Mark Hallam said: “We are delighted that Maria has ended her 2018 solo season on such a positive note and wish her good luck in her final event. We have been a long-time supporter of her and she is a great ambassador for women in motorsport.”