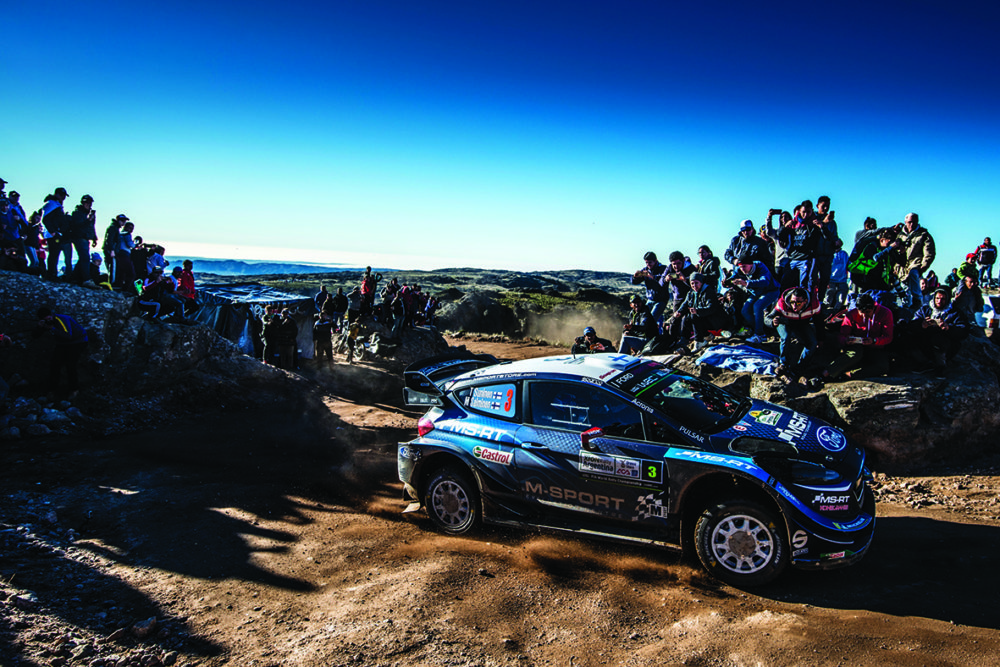 Locked in a battle for second place, the pairing had their sights firmly fixed on a third podium in as many events for the EcoBoost-powered Ford Fiesta WRC car which is fitted with NGK spark plugs and NTK Lambda sensors.

But unfortunately, it wasn’t to be. Oversteering into a slide, their Fiesta impacted with a boulder that brought their rally to an abrupt end. The damage proved too severe to continue and the team will now focus on preparing the Fiesta ahead the next event in Chile.

Mark Hallam, Marketing Manager, NGK Spark Plugs (UK) Ltd, said: “It was a frustrating rally for the team in gruelling conditions but I’m sure M-Sport will be working hard to be competitive again in Chile where hopefully they will once again compete for a podium position.”