Ignition specialist, NGK has been highlighting its motorcycling heritage at one of Britain’s biggest bike shows.

The company lined up alongside some of the biggest names on the two-wheel bike scene at Motorcycle Live at Birmingham’s NEC. 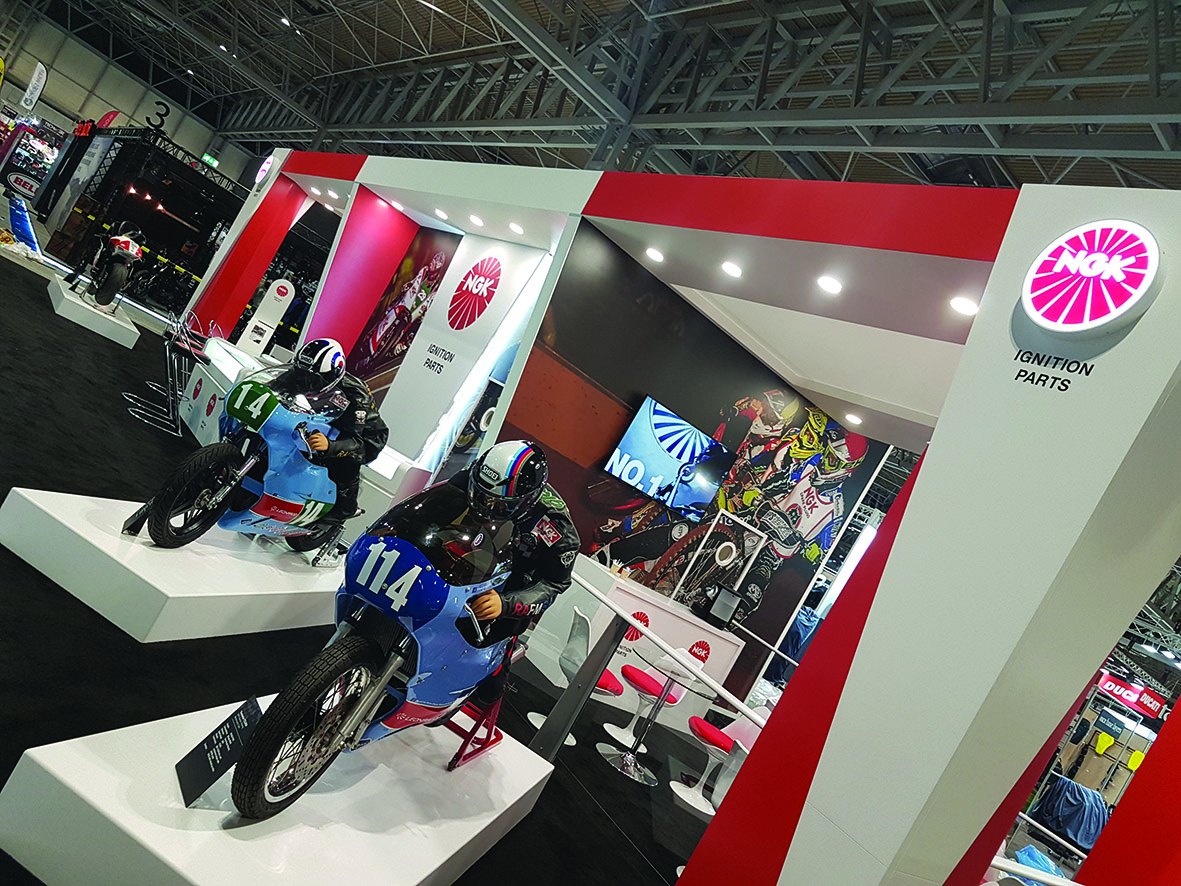 NGK attracted big crowds to its brand-new stand which featured a dedicated VIP section at the nine-day show where it played host to a number of two-wheel stars it supports including Maria Costello MBE and Chrissy Rouse.

‘Queen of the Bikers’ Maria signed posters on the stand which also displayed her NGK-liveried Kawasaki ER6 Supertwin ‘Pizzaracebike’ while Chrissy met fans after announcing his return to competing in the Pirelli National Superstock 1000 Championship in 2019 with Morello Racing Kawasaki/Team Green.

Staff were on hand to hand out free posters as well as selling merchandise to raise money for Great Ormond Street Children’s Hospital.

NGK Spark Plugs (UK) Ltd Marketing Manager Mark Hallam said: “Motorcycle Live is the show of the year for bike fans. It attracts tens of thousands of enthusiasts, many of whose bikes are fitted with our spark plugs.” 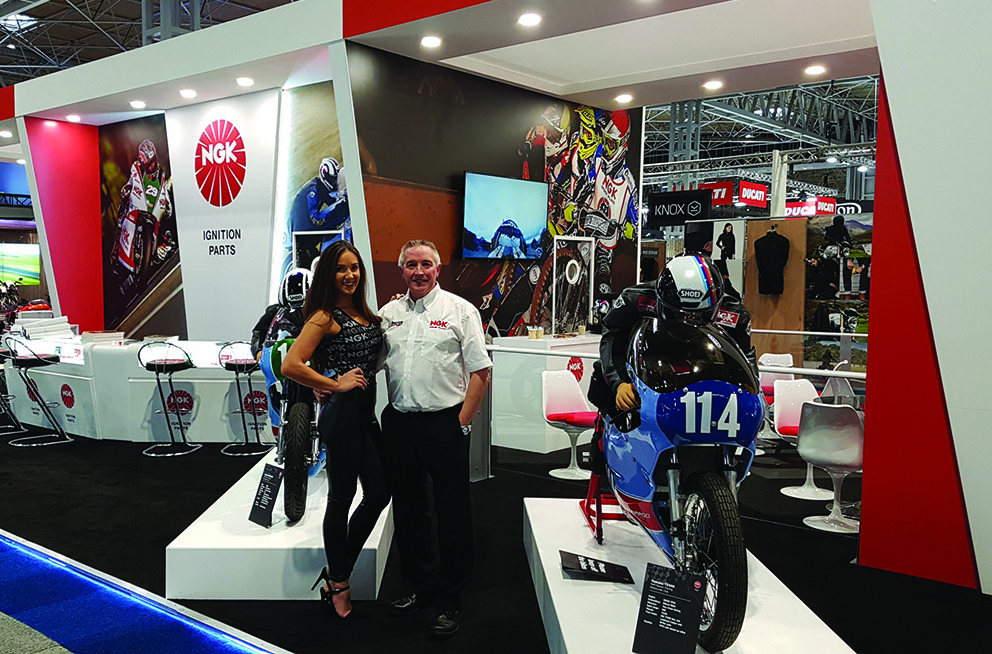 The company has long been synonymous with the two-wheel bike scene both on the road and in the motorcycling racing arena where its spark plugs have helped the world’s leading teams and riders to countless victories.