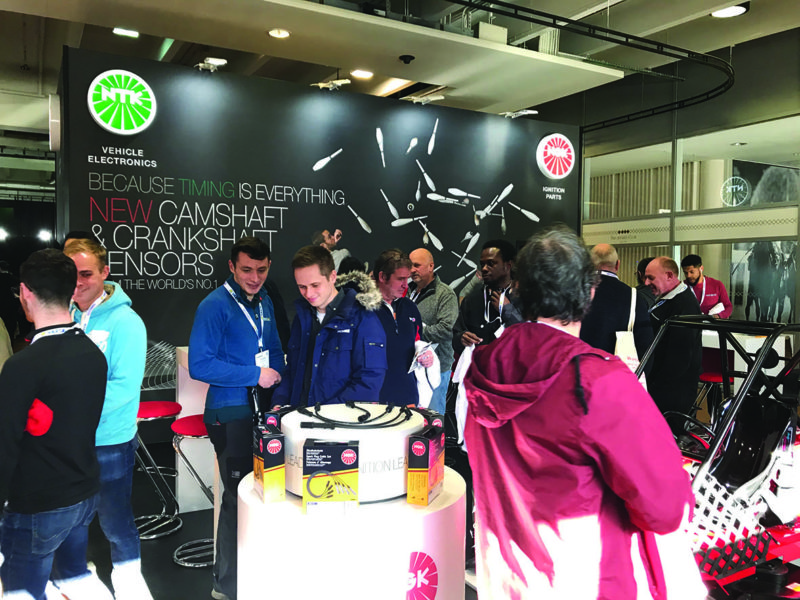 Cam and crankshaft sensors are a vital part of the engine management system and provide information about engine speed and the exact position of several engine parts, camshaft/valves and crankshaft/pistons. Supplying this information to the engine control unit (ECU) enables the fuel injection and ignition systems to function efficiently.

Mark Hallam, marketing manager at NGK Spark Plugs (UK) Ltd, said: “Our staff dealt with a lot of enquiries from workshop visitors who wanted to learn more about our new ignition lead sets and NTK camshaft and crankshaft sensors which have already been positively received by our UK customers.

“There was also a lot of interest in our MO70 Dragmower which we also featured on our stand. We believe it is the fastest lawnmower over 1/4 mile after completing the distance in just 9.49 seconds with a top speed of 115.53mph and also the fastest accelerating lawnmower by reaching 102.64mph in 5.44 seconds.”

The original ride-on mower, on which the MO70 was based, has been transformed by seven-time British drag racing champion Andy Robinson and was piloted by NGK’s Scottish sales representative John Catterson. 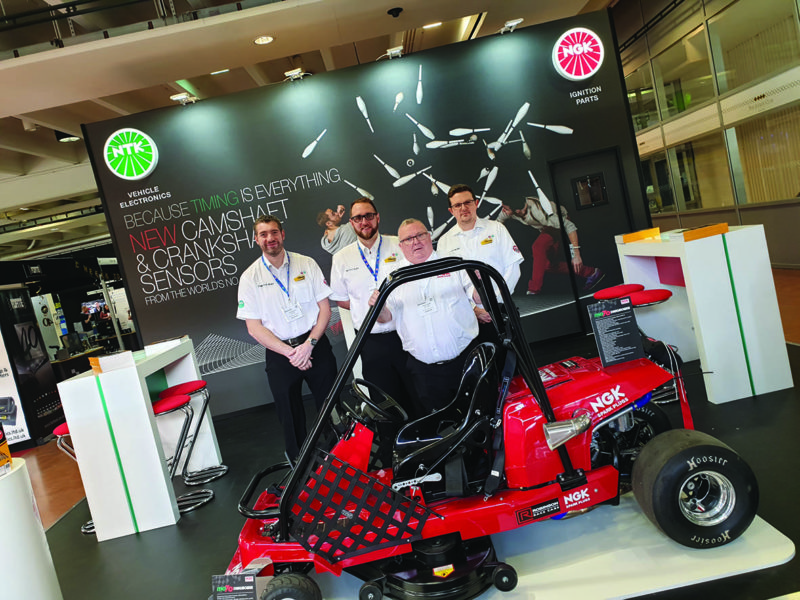