Ignition specialist NGK and an iconic British drag racing champion have teamed up to launch the MO70 project to transform a standard ride-on lawn mower in to a speed machine capable of reaching in excess of 70mph. 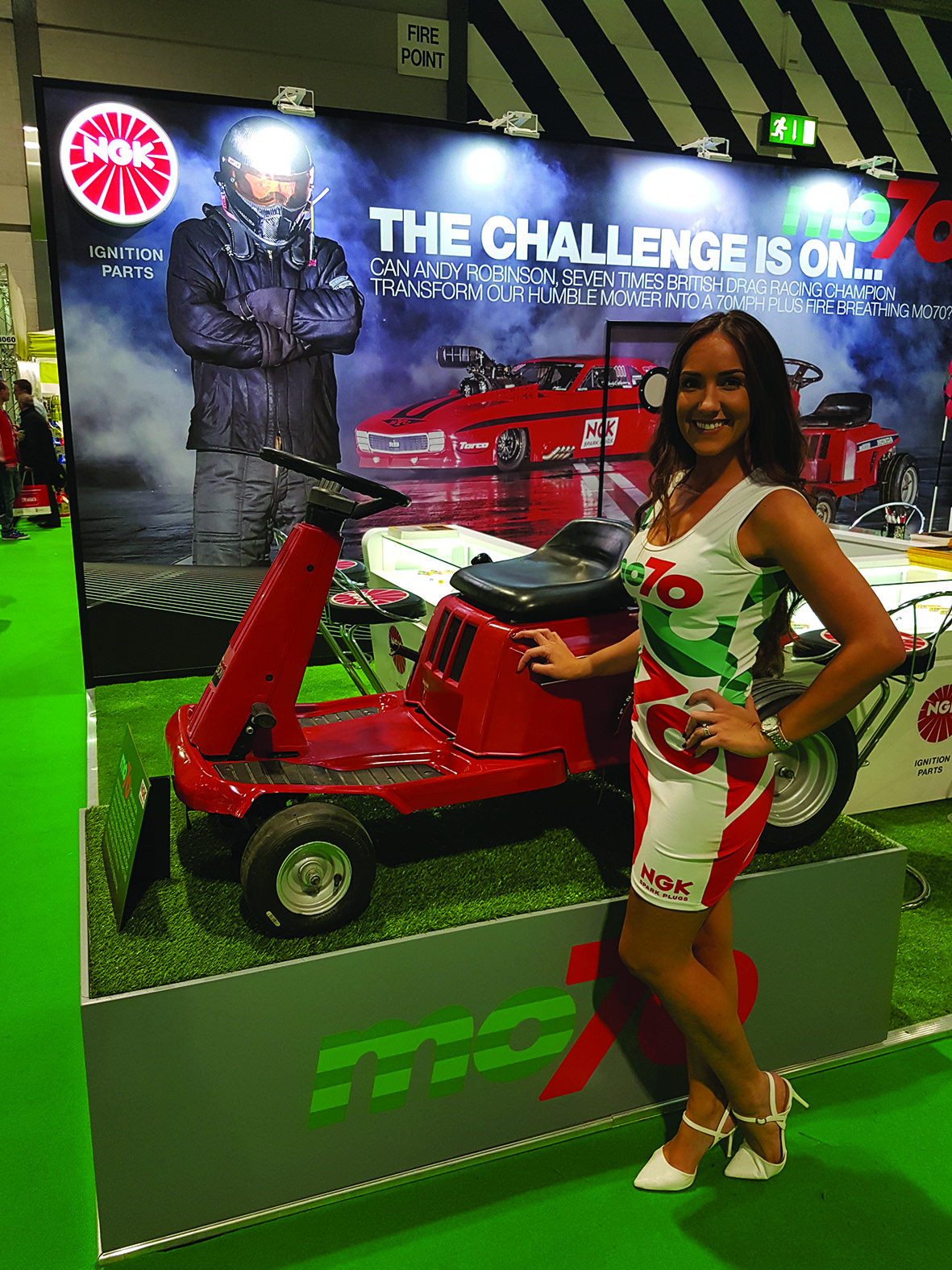 NGK promotional girl, Gemma Hemmings with the Honda lawn mower that will be transformed in to a 70mph+ speed machine in the MO70 project

Seven-times British Pro Mod drag racing champion and race car builder, Andy Robinson has been given the task of turning the humble Honda machine in to a blisteringly fast fire-breathing monster.

He will be spending the next few months working on the mower to enable it to at least exceed the road speed limit at the Santa Pod Raceway drag racing circuit in Northamptonshire next year.

NGK announced the MO70 project at the Saltex horticultural show at Birmingham’s NEC and plans to show the souped-up mower next year in its full racing livery. 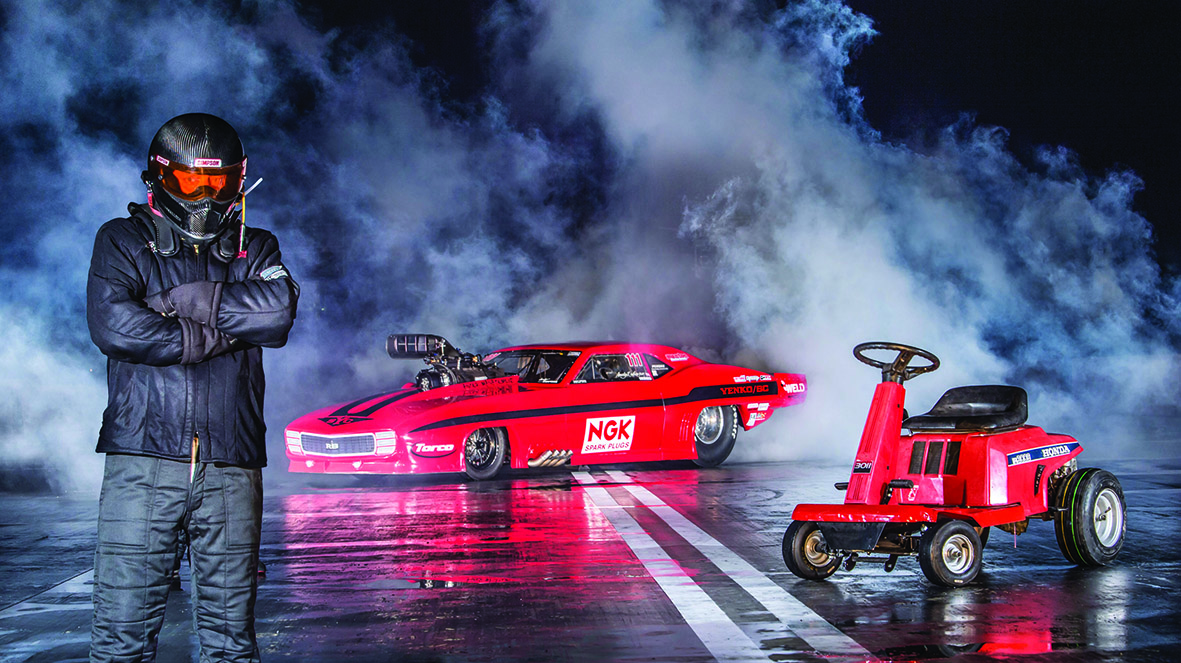 Seven-times British Pro Mod drag racing champion and race car builder, Andy Robinson has been given the task of turning the humble Honda machine in to a blisteringly fast fire-breathing monster.

Mark Hallam, NGK Spark Plugs (UK) Ltd Marketing Manager, said: “As part of our MO70 project, Andy will be working through the winter months to turn it in to a speed machine. We bought the standard Honda mower off eBay for just a few hundred pounds and have given Andy the task of making it reach 70mph but knowing him it could well achieve 100mph!”

He added: “We will be reporting on Andy’s progress over the coming months as he prepares the MO70 to make its track debut next year.”

The mower attracted plenty of interest at Saltex when it was displayed alongside NGK’s range of spark plugs which are specifically aimed at the horticultural market where its fast heating.