It took centre stage on the NGK stand at the two-day turf management show for grounds care volunteers, professionals and manufacturers. 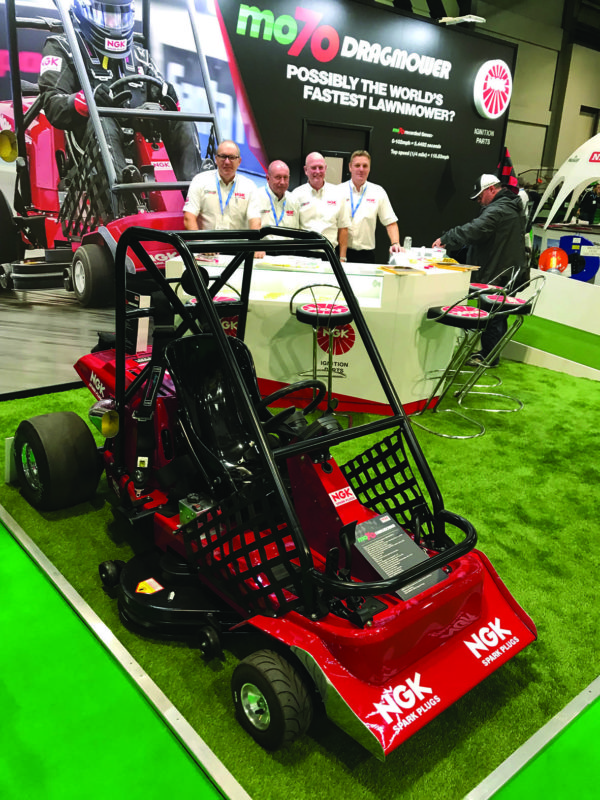 According to the ignition experts, the Dragmower is the fastest lawnmower over a 1/4 mile after completing the distance in just 9.49 seconds with a top speed of 115.53mph. The company also claims it is also the fastest accelerating lawnmower by reaching 102.64mph in 5.44 seconds.

The original ride-on mower, on which the MO70 was based, has been transformed by seven-time British drag racing champion Andy Robinson and was piloted by NGK’s Scottish sales rep John Catterson at Santa Pod Raceway in Northamptonshire last month.

NGK marketing manager Mark Hallam said: “We were inundated on the stand with people wanting to know everything about it. They couldn’t believe how it had been transformed in to such a speed machine but was still capable of cutting grass! We now intend to go for the official world records in 2020.”