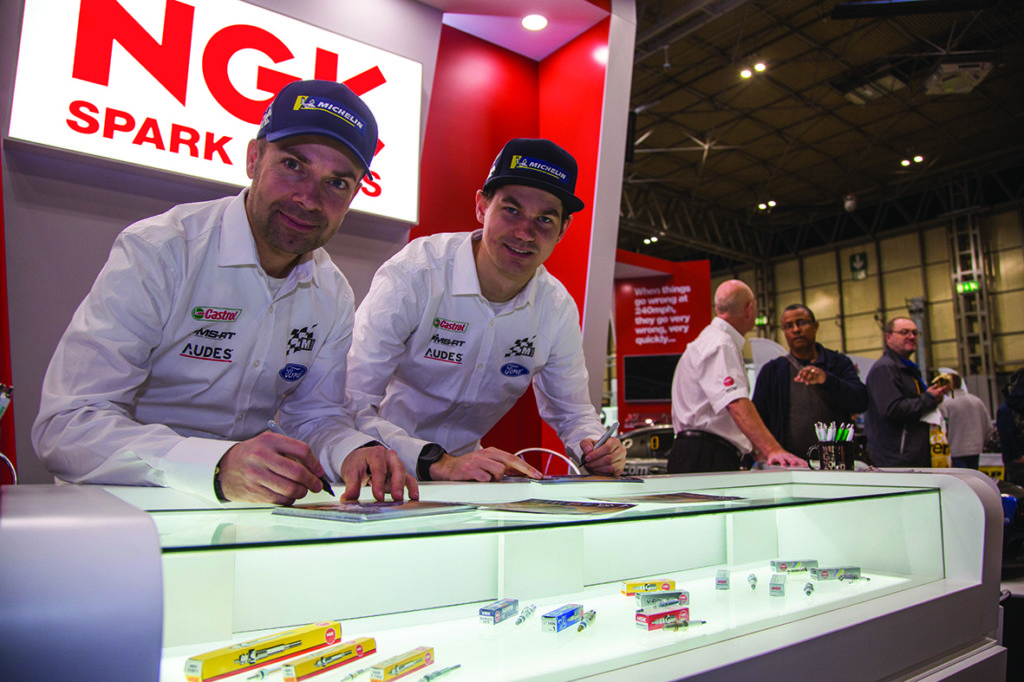 Renowned for supplying original equipment (OE) spark plugs, glow plugs and NTK Lambda and other engine management sensors, NGK has partnered some of the most famous Formula One, Rally and other four-wheel teams and drivers to numerous race victories and titles and highlighted its motorsport pedigree when it exhibited at the four-day show at Birmingham’s NEC.

Among the stars who visited NGK’s stand during the show were World Rally Championship (WRC) duo Teemu Suninen and Marko Salminen who will compete in the 2019 season for the M-Sport Ford World Rally Team, whose Fiestas are fitted with NGK spark plugs and NTK Lambda sensors.

The Finns met fans and signed posters on the stand on the eve of the season’s opening WRC round, the Rallye Monte-Carlo which starts on January 24.

Nicolas Hamilton, who is being sponsored by NGK in this year’s British Touring Car Championship (BTCC), also signed autographs for fans on the stand, which was also visited by TV presenter and motor specialist Edd China.

Also in attendance were Pro Mod drag racing legend Andy Robinson and transgender racer Charlie Martin who announced she is to race LMP3 cars this year as part of her three-year plan to compete in the iconic Le Mans event when she was interviewed on the main stage at the Autosport International show. 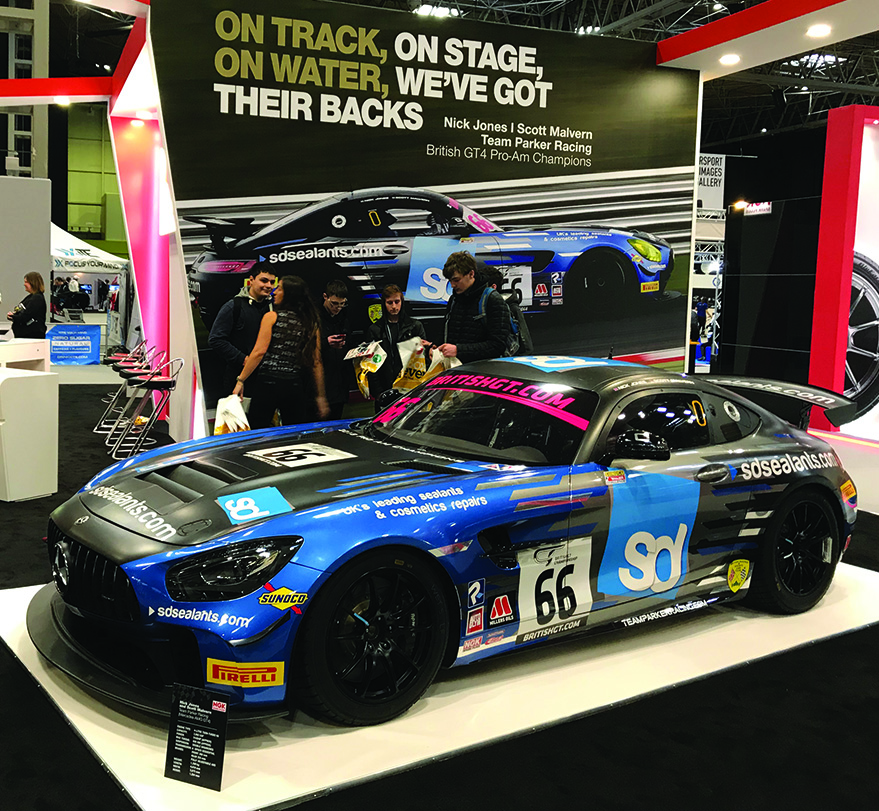 NGK is also sponsoring teenage sensation Mollie Fearn who will be competing in this year’s World Jetski Championship and she also visited the stand which featured her 1499cc Kawasaki machine.

Other attractions included the 510hp four-litre twin-turbo V8 Mercedes-AMG GT4 race car from Team Parker Racing which was steered to victory in the 2018 British GT4 Pro/AM championship by Nick Jones and Scott Malvern and a driving game pod and bike simulator where visitors had the chance of winning Ferrari remote controlled cars for posting the fastest times.

Mark Hallam, Marketing Manager, NGK Spark Plugs (UK) Ltd, said: “It was fantastic to see so many of the competitors we support visit us at Autosport International. The show attracts thousands of motorsport devotees who follow many of the teams and competitors we support as well as many trade visitors and it is great to meet them at the start of what should be a memorable motorsport year.”