The multi award-winning Citroën C3 is set to continue its class-leading style and technology offering, with the reveal of new trim level extras for 2018, in response to customer demand. 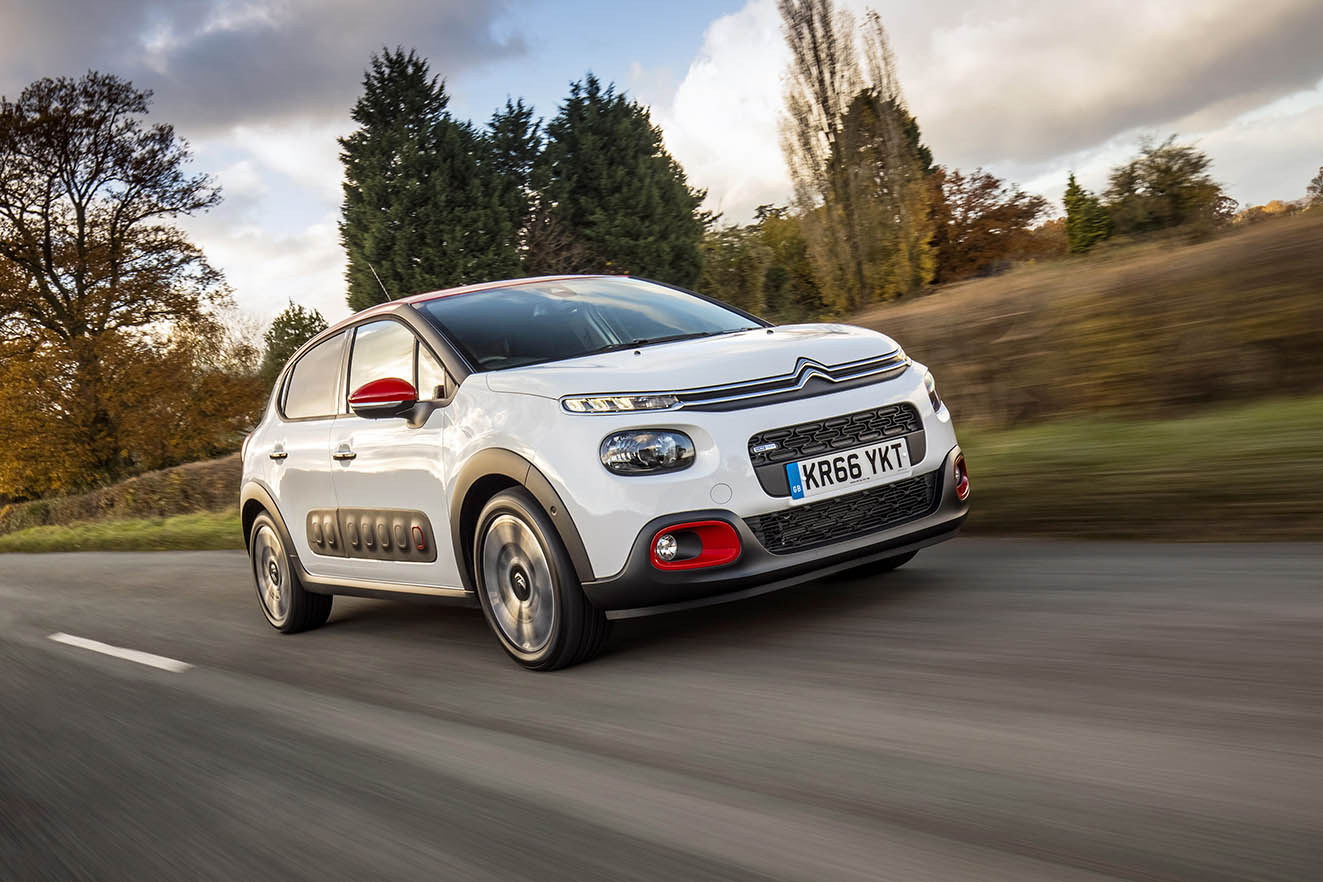 Stepping up to the top-selling Feel, from €17,995, will now incorporate Airbump’s® and bi-tone roof as standard. This is in response to customer demand as 90 per cent of Irish C3’s are sold with this Style Pack that was optional. The upgrade will also bring brushed aluminium gear knob; in addition to the high level of standard equipment already on this grade such as 16-inch alloy wheels and LED daytime running lights; more intelligent and useful technology including Mirror Screen with Apple Car Play and a 7-inch touch screen; and the added comfort of automatic air conditioning.

The top of the range Flair trim, starting from €19,845, has been enhanced with the addition of the Safety Pack as standard – which includes active safety brake, driver attention alert, collision alert and smart beam. This pack is in addition; Black Airbump®’s as standard, 17-inch alloy wheels, ConnectedCAM Citroën™, automatic lights & windscreen wipers, rear parking sensors and a reversing camera. ConnectedCAM Citroën™ uses a fully integrated camera, located behind the rear view mirror, to capture images and video that can instantly be shared on social media channels, or saved as evidence in the event of an accident.

Sales of the the new C3 have concentrated on the PureTech family of three-cylinder petrol engines which represents a real technological breakthrough for the modern petrol engine, and has won the International Engine of the Year in 2015, 2016 and 2017. 75% of sales of C3 are now petrol; reversing the traditional dominance of diesel sales in this segment for Citroën in Ireland.

Managing Director Chris Graham commented: “During 2017 new C3 sales have achieved significant growth and with these equipment updates we are targeting a further 40 per cent s increase in 2018. For any customer looking for a B segment car that deliveres strongly on style, comfort, latest in safety technology, and efficiency; then C3 should definitely be on your shopping list for 181.”