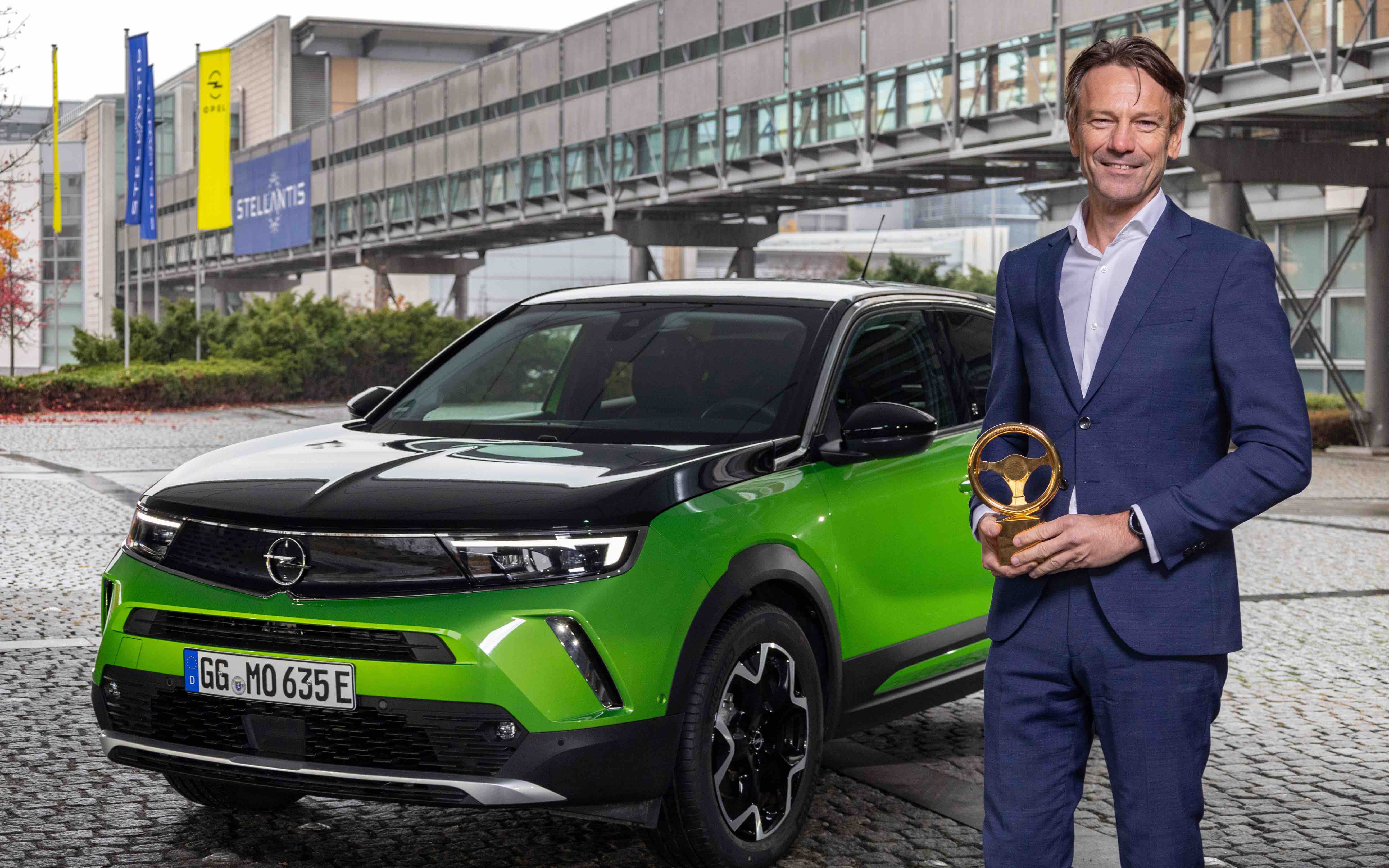 It defeated strong competition and claiming one of the most prestigious prizes in the automotive industry as “Best Car under €25,000”. The all-electric, zero emissions vehicle from Opel won much praise from the experts and readers of top German publications to take the coveted prize.

The Mokka-e seamlessly continues Opel’s series success in this award, for the second year in a row. Last year, the battery-electric Opel Corsa-e brought a Golden Steering Wheel  accolade to Opel. The Mokka-e is now the third electric model and the first SUV from Opel, to take the coveted title.

The Opel Mokka-e is the latest in a line of Golden Steering Wheel award winners from the German brand. It all started in 1978 with the Opel Senator A, quickly followed by wins for legendary Opel models including the Kadett, Ascona, Calibra, Omega, Vectra, Zafira, Astra and Meriva, marking over four decades of successful wins for Opel.

Boasting the striking new Opel Vizor brand face on the outside and the fully digital Pure Panel on the inside, the new Mokka-e impresses immediately with its bold and pure design, but also with its performance. The electric motor with 100 kW/136 hp and 260 Newton meters of maximum torque delivers a powerful, almost silent drive.

Thanks to the 50kWh battery, up to 338km are possible without a charging stop (WLTP). A state-of-the-art regenerative braking system makes the Mokka-e even more efficient, allowing the electric vehicle to recuperate energy during deceleration or braking. The battery can be quickly recharged up to 80 per cent in 30 minutes at a 100 kW DC charging station, according to Opel.