Hot on the heals of news that Opel will launch the new Grandland X PHEV, their first plug-in hybrid later this year (costing under €37,000 on the road), we have learned that Opel will have a full electric version of their new sixth generation Corsa with deliveries possibly starting as early as the year-end with all electric, petrol and diesel versions on-line by next spring (2020). 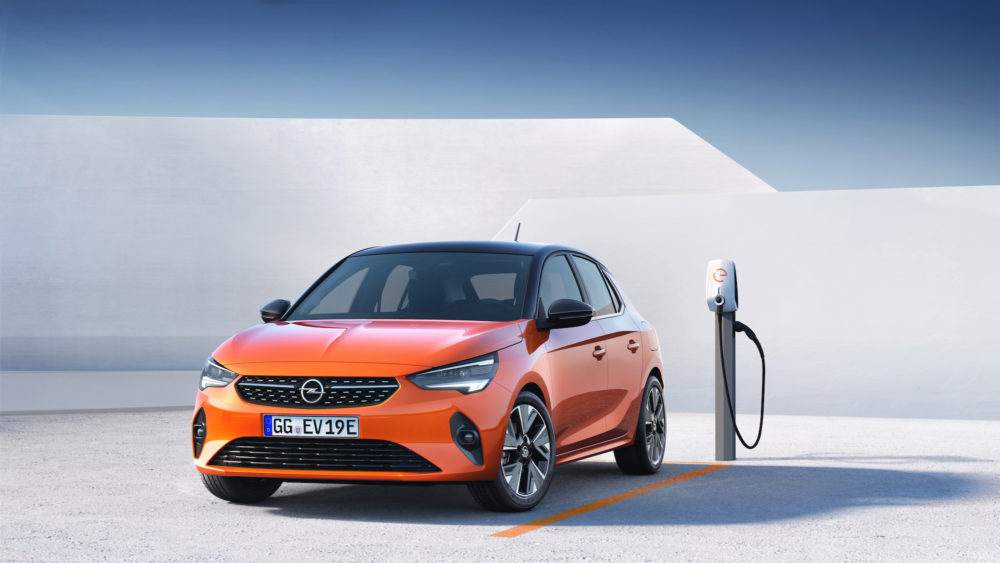 The German carmaker (now owned by the French PSA Group) is offering for the first time a battery-electric version with a claimed range of 330 kilometres/ 205 miles (WLTP1, provisional figure). Furthermore, the range can be adapted by the driver, who can choose from three driving modes – Normal, Eco and Sport. Sport increases responsiveness and driving dynamics, with a moderate loss of driving range. In Eco mode the Corsa-e becomes a long-distance runner, significantly increasing the range while hardly affecting comfort.

The Corsa has made millions of people mobile; now it is offering them access to emission-free driving. The order books for the sixth-generation Corsa will open in a few weeks, beginning with the Corsa-e, followed by the diesel and petrol versions.

The five-seat Corsa-e is suitable for unconstrained every-day use. The 50 kWh battery can be fast-charged to 80 per cent of its capacity in 30 minutes. The Corsa-e is prepared for all charging options – via cable, wallbox or high-speed charging – and the battery is covered by an eight-year warranty. The state-of-charge can be checked with the “myOpel” app, so that charging times and costs can be optimized at all times.

The Corsa-e’s propulsion system combines emission-free driving with a maximum “fun-to-drive” factor. Thanks to the 100kW (136hp) power output and a maximum 260 Nm of instantaneous torque, the highlights include responsiveness, agility and dynamic performance. The Corsa-e needs only 2.8 seconds to sprint from zero to 50 km/h, only 8.1 seconds from zero to 100 km/h – a match for many sports cars.

There will be no three-door version of the sixth-generation Corsa, and Opel has not disclosed any prices for the Corsa line-up at this time.

The Corsa-e also looks dynamic thanks to its sporty design, while the compact exterior dimensions of previous generations are retained. With a length of 4.06 metres the Corsa remains an agile, practical and well-arranged five-seater. The roof line is coupé-like, 48mm lower than its predecessor’s, without detriment to headroom.

The driver sits 28mm lower. Handling and driving dynamics benefit from the lower centre of gravity. The handling is responsive and dynamic, for more fun behind the steering wheel. The modern interior with fully digitalised cockpit can even be upgraded with leather seats.

Opel told journalists that the e-Corsa will be followed by more electrified cars, including next year’s new Mokka X compact SUV, and that by 2024 it will have an electric or plug-in hybrid version of every model in their range. 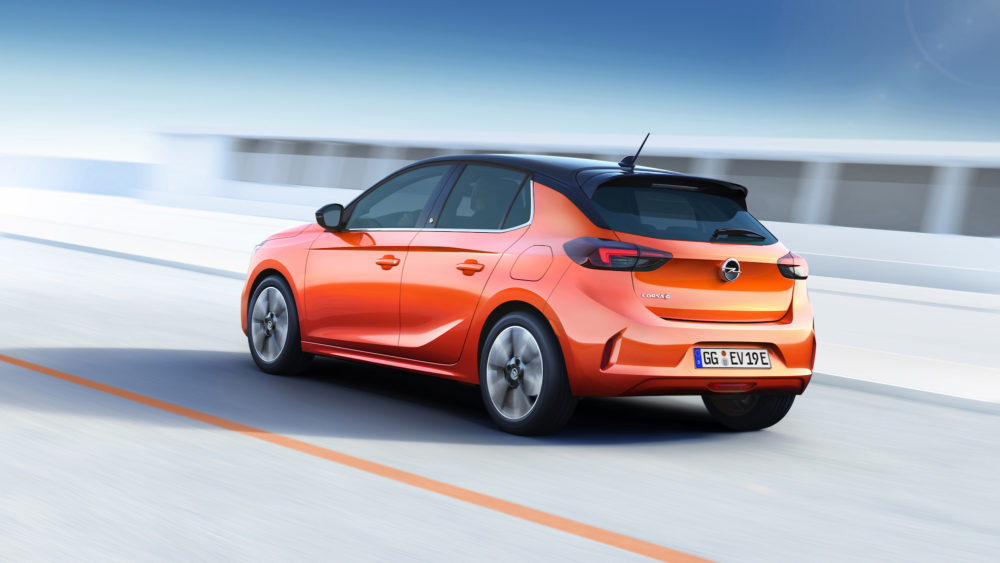 Besides the Corsa-e, Opel is introducing new technologies and assistance systems that are more often found in higher market segments make their debut in the Corsa-e. The top features include the adaptive, glare-free IntelliLux LED matrix light that Opel offers for the first time in the small car segment.

The eight LED elements, controlled by a newest-generation high-resolution front camera, continuously adapt the light beam to the prevailing traffic situation and the surroundings. Advanced driver assistance systems provide tangible additional safety. Thanks to the new front camera traffic sign recognition now detects additional information, such as LED signs. The speed limits saved in the system are also shown in the display.

Radar supported adaptive speed control and sensor-based flank-guard celebrate their premiere in the new Corsa. Side blind-spot assist and a variety of parking assistants are also available.

More on the new sixth-generation Opel Corsa and the new Corsa-e closer to their arrival dates here.