The all new Mercedes-Benz C-Class has arrived in Ireland and can now be seen in dealer showrooms.

Traditionally the point of introduction to the Mercedes-Benz executive offering, its enhanced specifications now sees C-Class rub shoulders with S-Class and E-Class.

Its enhanced level of specifications has the effect of raising C-Class to a new position of prominence within the Mercedes-Benz range, one from which their sales manager in Ireland, Ciaran Allen says “will be poised to attract an even wider cross section of owners”. 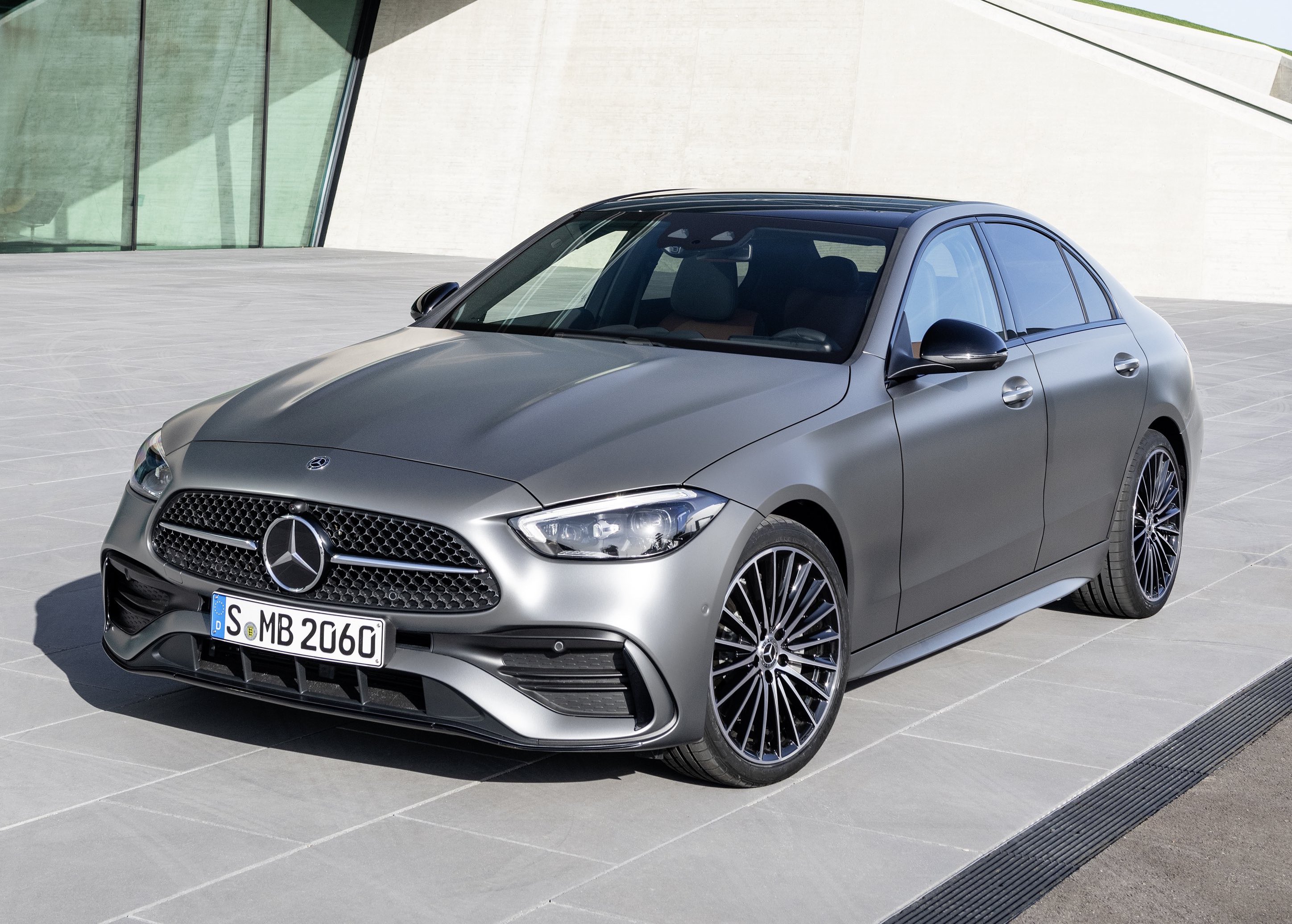 Coming on the market at €53,350 for the C180 petrol version, the range at launch comprises five petrol and three diesels, in saloon and estate models, all with four-cylinder, turbo charged engines and 9G-TRONIC automatic transmission.

Longer and wider, saloon and estate models are considerably larger than before. A 25 mm longer wheelbase increases passenger comfort. Despite its larger dimensions, the drag coefficient of its predecessor is retained.

Beneath the retractable cover in estate versions, height and length of the load compartment have increased to boost capacity by 30 litres to 1,510 litres – aided by 40:20:40 split folding rear backrests with push button operation. Electronic tailgate operation is standard on estates. 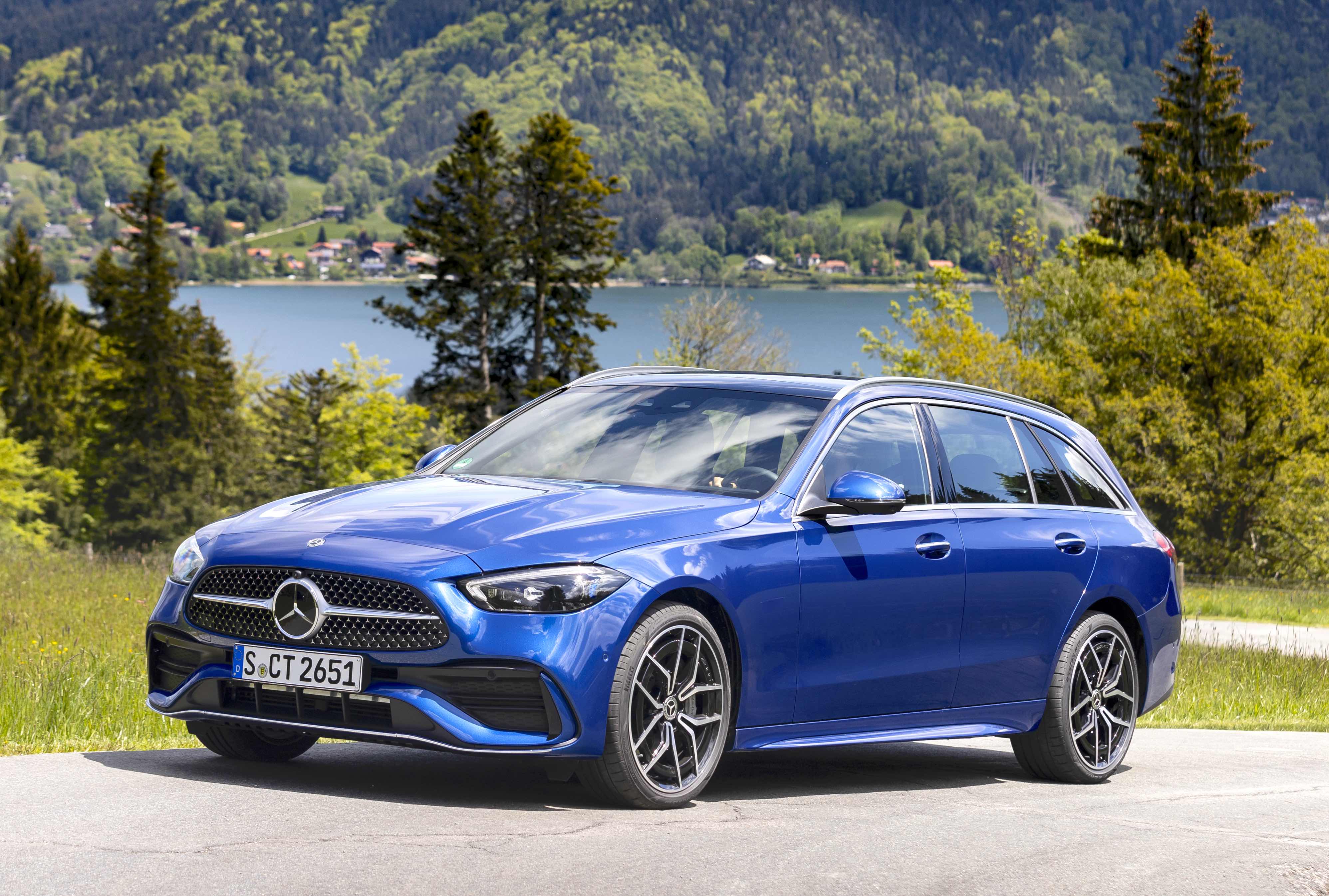 In front, all models feature a central star with louvers whose design varies slightly from base model to the AMG Line version with its diamond pattern grille. Three new colours have been added – ‘Spectral Blue’, ‘High-Tech Silver’ and ‘Opalite White’. In estate models, its roofline combines with an inclined rear window to give it an added sporty appeal, seen also in its wide track and flush 17–19 inch wheels.

Inside, Mercedes-Benz says focal points include a leather-covered dashboard with nappa-look beltlines and new brown and black toned veneers. Front and rear space is increased with greater elbow, rear head and knee room.

Driver comfort and safety features include distance assist, steering assist, lane keeping assist, improved surround sensors, emergency braking functions, and a feature that can detect and raise the body height in anticipation of an impending collision.

High Performance LED headlamps are standard while optional items include a host of passenger comfort, safety and wellness features already familiar in the S-Class and other Mercedes-Benz models.

Three decades since its introduction – as successor to the original 190 model – the Mercedes-Benz C-Class has proven its success with just under 11 million units sold worldwide, according to the German brand.