The new Jaguar E-PACE has set an official Guinness World Record title during its world premiere. The compact performance SUV leapt into the record books with a 15.3 metre-long jump complete with a 270-degree corkscrew-like ‘barrel roll’. 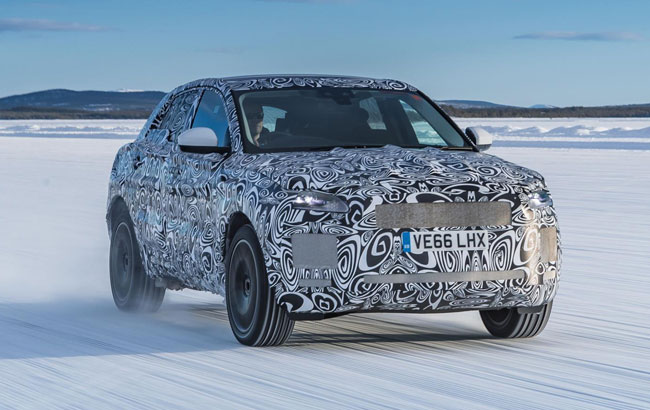 Demonstrating the agility, precision and performance of Jaguar’s newest SUV, the feat was the final test for E-PACE after 25 gruelling months of work across four continents to ensure extreme durability and that it lived up to Jaguar’s Art of Performance philosophy.
The Jaguar E-PACE is a five-seat, compact SUV that packs the design and performance of a Jaguar sports car into a spacious, practical and connected all-wheel-drive vehicle.

The E-PACE is the newest member of Jaguar’s SUV family, joining the ground-breaking all-electric I-PACE Concept and the 2017 World Car of the Year, the Jaguar F-PACE – itself launched with a spectacular Guinness World Record setting loop-the-loop in 2015.

E-Pace has been tested in extreme environments
From the freezing Arctic Circle to the dust and heat of Dubai, Jaguar says that their E-Pace has been subjected to a diverse testing programmes, ensuring it is not only a driver’s car but a dynamic and entertaining performance SUV too. 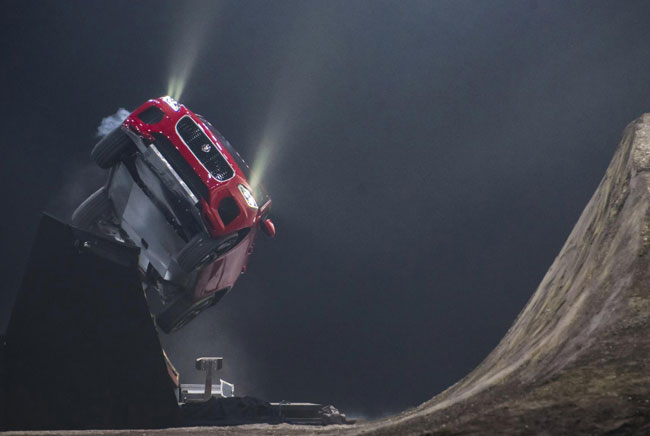 Jaguar unleashed hell and high water to ensure that E-Pace worked on all surfaces and in all weathers. More than 150 prototypes were built during a gruelling 25-month test programme which took place across four continents to ensure not only extreme durability but that the vehicle lives up to the ‘Art of Performance’ philosophy.

Jaguar says that from the demanding and hellish Nürburgring circuit and high-speed Nardo test track to the deserts of the Middle East, E-Pace has proved itself in the world’s most challenging environments. Jaguar’s engineers braved the -40C temperature of the Arctic Circle and the high altitudes and rivers of China’s most remote provinces to ensure E-Pace can withstand a lifetime of use in the hands of the most active and demanding customers.

Jaguar’s new compact performance SUV then faced its final test in a world premiere that will be aired on Facebook and YouTube on Thursday 13 July. Jaguar will demonstrate the E-Pace’s combination of agility and true Jaguar performance, as well as how entertaining it is to drive.

Graham Wilkins, Chief Product Engineer, Jaguar E-Pace said that: “Our team of world class engineers and dynamics specialists have meticulously tuned and developed a true Jaguar. Months of intense testing on roads and tracks around the world have delivered a compact performance SUV that is true to Jaguar’s performance DNA”.