Schaeffler Automotive Aftermarket (UK) Ltd has added a new batch of INA part numbers for both passenger cars and LCVs in Ireland.

More than 650,000 vehicles are catered for by the new part numbers added to the INA range of belt drive components.

The new additions mean that so far this year an additional two million vehicles are being serviced by the INA brand. 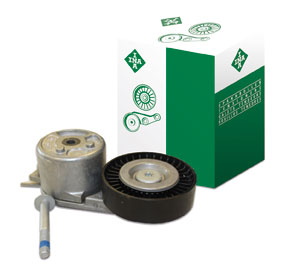 Malcolm Short, Schaeffler Automotive Aftermarket (UK) Ltd Technical Services Manager, said: “The INA range has grown significantly this year. It is particularly pleasing that there are a host of new INA part numbers that cover a wide range of LCVs, such as the VW Amorak, Ford Transit, Peugeot Expert and Nissan Kubistar.

“We are always particularly mindful of the requirement to cater for working vehicles such as these and to make sure that INA parts are readily available in the aftermarket to keep them on the road.”
More information for exact applications for these new additions is available at www.schaeffler-aftermarket.com