For me the story began about eight years ago with a big mistake. I ask a senior Toyota engineer why was the top Japanese car manufacturer discontinuing all their sports and fun-to- drive cars? Ok the Supra would have had restrictive emission issues but the much more affordable and equally appealing Celica and mid-engined MR2 also got the chop. These models gave the brand a youthfulness, a sporty appeal and help attract buyers to the marque for their many different models. 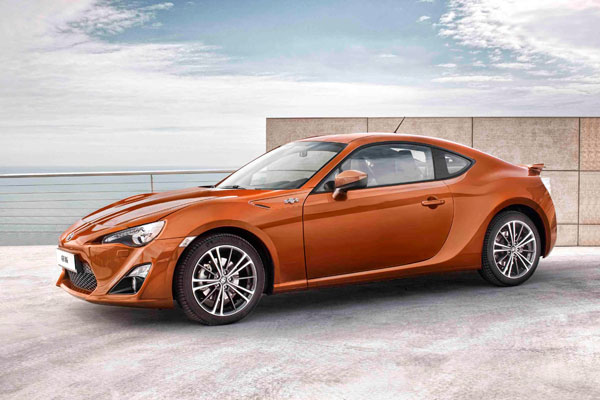 To my surprise, the question received a very straight and direct answer. Toyota was faced with a major dilemma. They could not find enough of good engineers in Japan to cope with the breath of their development plans. Toyota needed to be in a position to take advantage of massive growth opportunities for new cars in developing markets such as China, India and Russia amongst others.

Therefore, the carmaker decided to sacrifice development of replacement niche sports cars in favour of ambitious growth plans, to focus on building larger volumes of less expensive, and reliable cars.

Was it a wise decision for Toyota? Probably, because if such a major carmaker ignored such growth possibilities, it would find great difficulty in making inroads later in those markets.

However, it came with a price. The rate of the drift upwards of the age profile of Toyota car buyers in Europe in particular (but not exclusively) accelerated.

Toyota had been aware of this issue for some time and in 2002, after being an F1 engine partner with Panasonic for just three years, they made a daring move to enter Formula 1 as a full constructor, starting from scratch. This was a very expensive exercise but deemed necessary to reverse the age profile of their car buyers. It had some success but not enough.

Then in 2009, two major things happened at Toyota. The company suffered its first ever financial loss, with Toyota withdrawing from Formula One with immediate effect. The second was that Akio Toyoda, a descendant of the company founder became president and CEO of Toyota. Besides his heritage (grandson of founder Kiichiro Toyoda), a Japanese law degree, an American MBA, he has worked his way up through the ranks since 1982.

Crucially with regard to the development of the GT 86 (which was at driver prototype stage in 2008 after co-development with partner Subaru), Mr. Toyoda is a big motor sport enthusiast. In fact, he is a team class-winning driver in the Lexus LF-A in the 4 Hours Race at the Nurburgring. He knows the importance of having appealing sports cars but ones that are sellable because pricing isn’t a prohibitive factor.

Aakio Toyoda has had some roller coaster of a ride since taking over but he has come out the other end on top. He has steered Toyota back from massive recall campaigns particularly in the US and coming back strongly from the impact of the earthquake and tsunami last year. Toyota has just posted a net profit of $3.71 billion for its fiscal first quarter. That marked the company’s highest profit since the April-June quarter of 2008, and now its full year production forecast has risen to an industry-record 10.05 million vehicles. So Toyota is back flexing its considerable global muscle and so is their all-new GT 86.

The all-new GT 86
First and foremost, it looks great with dynamic sports car styling. Smart touches like the dual exhaust with chrome tailpipes; appropriate rear spoiler; LED daytime running lights as well as front fog-lights are part of the package.

But the looks are not even half the story. This is a real seat of the pants sports car. It is built around the driver, and fine-tuned in every that you would like, if not expect.

Handling is really agile and the electric power steering, while a little light for my liking, is precise offering drivers a quick, direct and accurate steering feel.

The throttle response matches this and combined, you get driving spirit as it should be. An excitement for those who regard driving as a passion rather than an A to B necessity.

The GT 86 offers an excellent power-to-weight ratio. With a total vehicle weight of only 1,240 kg. and a really low centre of gravity, it is crowned with an ideal 53:47 weight distribution for excellent response, steering, acceleration and braking.

The suspension systems are fine-tuned, again contributing to the direct handling feel, instant response, but most of all to the superb controllability that the GT86 offers. The advanced three mode Vehicle Stability Control (VSC) incorporating a new sport mode is also a big help.

Toyota also surprisingly chose to shod the 17″ stylish alloys with narrow tyres. The Michelin Primacy 215/45 R17’s aren’t special sports tyres or oversized for perceived high performance. They’re in fact similar to the ones fitted to the Toyota Prius. But don’t panic they are ‘W’ speed rated which is designed for maximum speeds up to a non road legal 270 km/k or 168 mph. And, they have been tested on the GT 86 in all conditions and to the limit.

Now to the heart of this matter, the GT86’s unique powertrain, the world’s first horizontally opposed engine with D-4S technology. It is a newly developed, 1,998 cc, four-cylinder boxer petrol fueled engine, with Toyota adding its unique, next-generation D-4S (that’s direct injection 4-stroke petrol engine) technology for the first time. It develops 200bhp @ 7,000rpm and 205Nm of torque @ 6,400rpm. That will deliver you from 0-100km/h (0-62 mph) in 7.6 seconds,

It surprised many including me that the GT 86 is naturally aspirated – no turbo charging unit. Yet, it really works, because they delivered a high-revving sports engine capable of developing 100 bhp per litre. This is the fieriest ever direct fuel injection engine revving to 7,400 rpm and the ‘sound generator’ enhances engine noise beautifully under full throttle acceleration. The impressive power unit is married to a smooth and direct Toyota designed 6-speed manual transmission.

Fast cars need good stopping power and the GT 86 has ventilated disc brakes to both front and rear wheels, offering a different brake pedal feel to that of any other Toyota. Brake responses are great.

By the way, have you wondered where did the GT 86 name come from. There’s no mystery about the GT part – it’s a grand tourer two door 2+2 sports body style. The 86 part isn’t so clear cut. The Corolla (Levin) AE86 and the Toyota Sprinter (Trueno) AE86 were a series of cars sold between 1983 and 1987, and both the Levin and Trueno were available in coupe and hatchback body styles. So the Toyota GT 86 has been named as the spiritual successor of the original AE86.

Back to the present and once you’ve gain entry by smart-key, there is a real sportswear feel.A start button system, the leather steering wheel and a seating position that sets you up to control and merge man and machine.

The verdict
So apologies for the early history lesson but I think it is important to know how big a jump this car is for how the biggest carmaker in the world is perceived. It will continue to build competitively priced and reliable cars, but those who drive the GT86 will know the sport and fun is back in Toyota.

It’s wonderful and great fun to drive. It’s affordable to buy, refreshingly not over done and it is well equipped.
The price tag at €38,895 ex-works is not as high as you would believe after my ravings, but there is also the dreaded road tax. The new GT 86 slots in to Band E, which attracts an annual tariff of €677. Toyota promises average fuel economy of about 36.2 mpg which I’m sure is achievable but you would want to be approaching sainthood to refrain yourself that much.

So what rivals are out there? For less money, you could look at the VW Scirocco, Hyundai Veloster or for about the same money, there’s the Peugeot RCZ but none match the GT86 for real sports car flair or authenticity. Higher up the price focus, there’s the Audi TT or Nissan’s 350Z. However, the GT86 does it for me. Check it out for yourself.