Volkswagen Commercial Vehicles will launch its next generation Amarok pick-up in Ireland later this year. It will be available with double cab and four doors (DoubleCab), and in some individual markets with a two-door single cab (SingleCab). 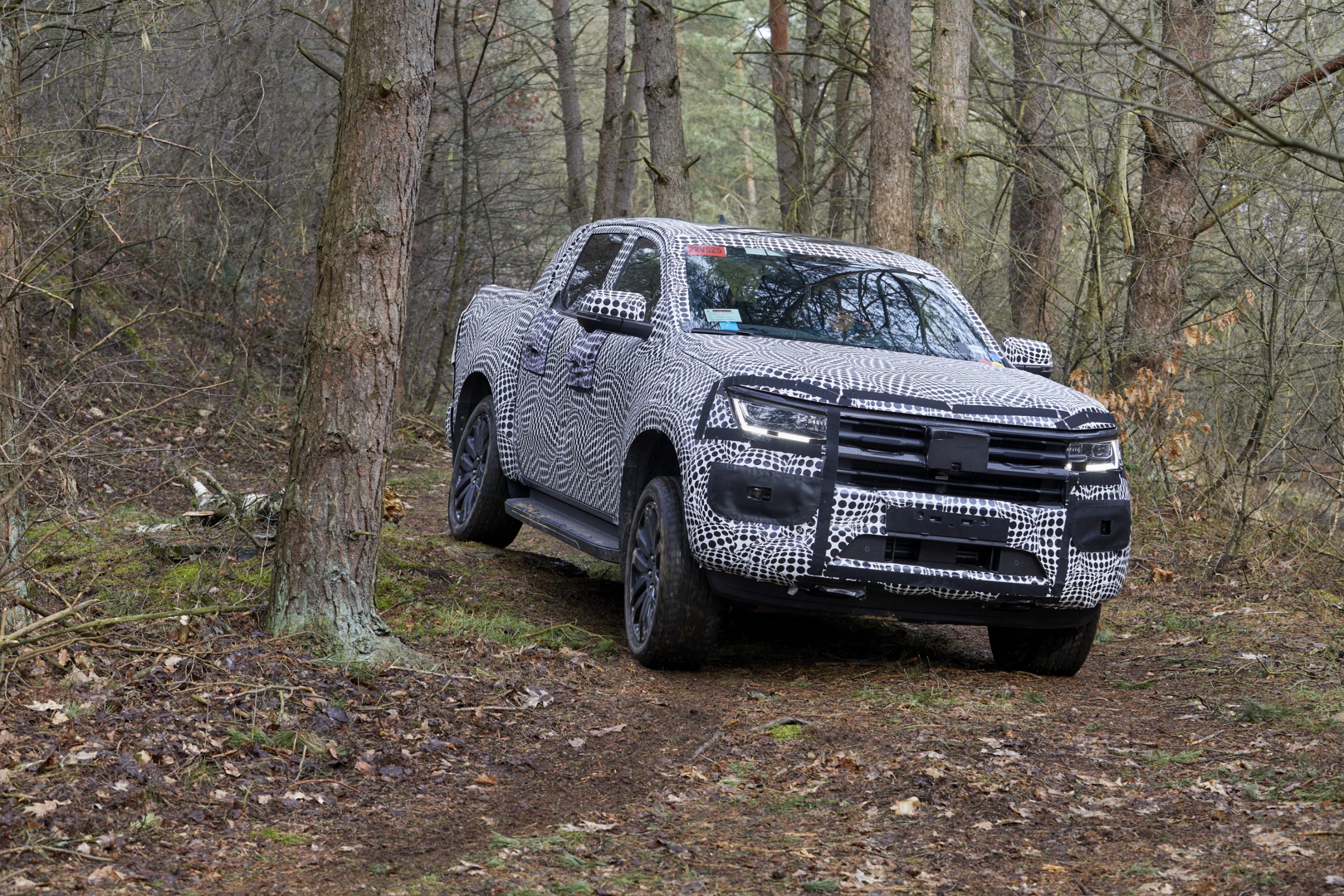 A first few disguised models of the new Amarok are already out and about in Europe. Behind the camouflage, the all-rounder’s innovative, premium design has been redefined, according to the German brand.

Volkswagen says the new 4×4 couples a “powerful, charismatic exterior” with a “high-quality” interior.

Despite the disguise, it is already possible to identify how the dimensions have changed: at 5,350 mm the new model is at least 100 mm longer than its predecessor. A wheelbase of 3,270 mm equates to an increase of 175 mm – as a result there is more space in the double cab.

VW says that the payload is also increasing to up to 1.2 tonnes and a maximum towing capacity of 3.5 tonnes is now possible across more engine/ gearbox variants.

As the wheelbase of the new Amarok is growing more than its total length, the bodywork overhangs are getting smaller. That has a positive impact on the approach angle and its off-road capabilities.

The new Amarok’s latter qualities are further perfected by a much greater fording depth than the previous model. Dependent on engine/gearbox variant and market, the engines available will be one petrol and up to four different diesels with four to six cylinders and cubic capacity of 2.0 to 3.0 litres – optionally with rear-wheel drive, or on-demand or permanent all-wheel drive.

VW adds that a great array of preconfigured driving modes with multiple levels assists the driver, including in non-everyday situations. Enhanced safety, meanwhile, is provided by more than 30 driver assist systems, more than 20 of which are completely new to the Amarok.

Alan Bateson, director for Volkswagen Commercial Vehicles Ireland, said: “We are really excited to launch our new Amarok in late 2022, we have given the strength and power of the new Amarok an unambiguous expression with clear Volkswagen DNA, inside and out.

“It will be great to re-enter this important segment for us and to deliver a brand new experience for our customers with this amazing vehicle full of new innovation and premium design.”