Overrunning alternator pulleys are becoming increasingly popular on many modern passenger cars and light commercial vehicles due to increased alternator loads. As opposed to traditional solid pulleys, they allow the alternator to free-wheel or overrun every time the engine decelerates and, at the same time, dampen vibrations at the alternator. 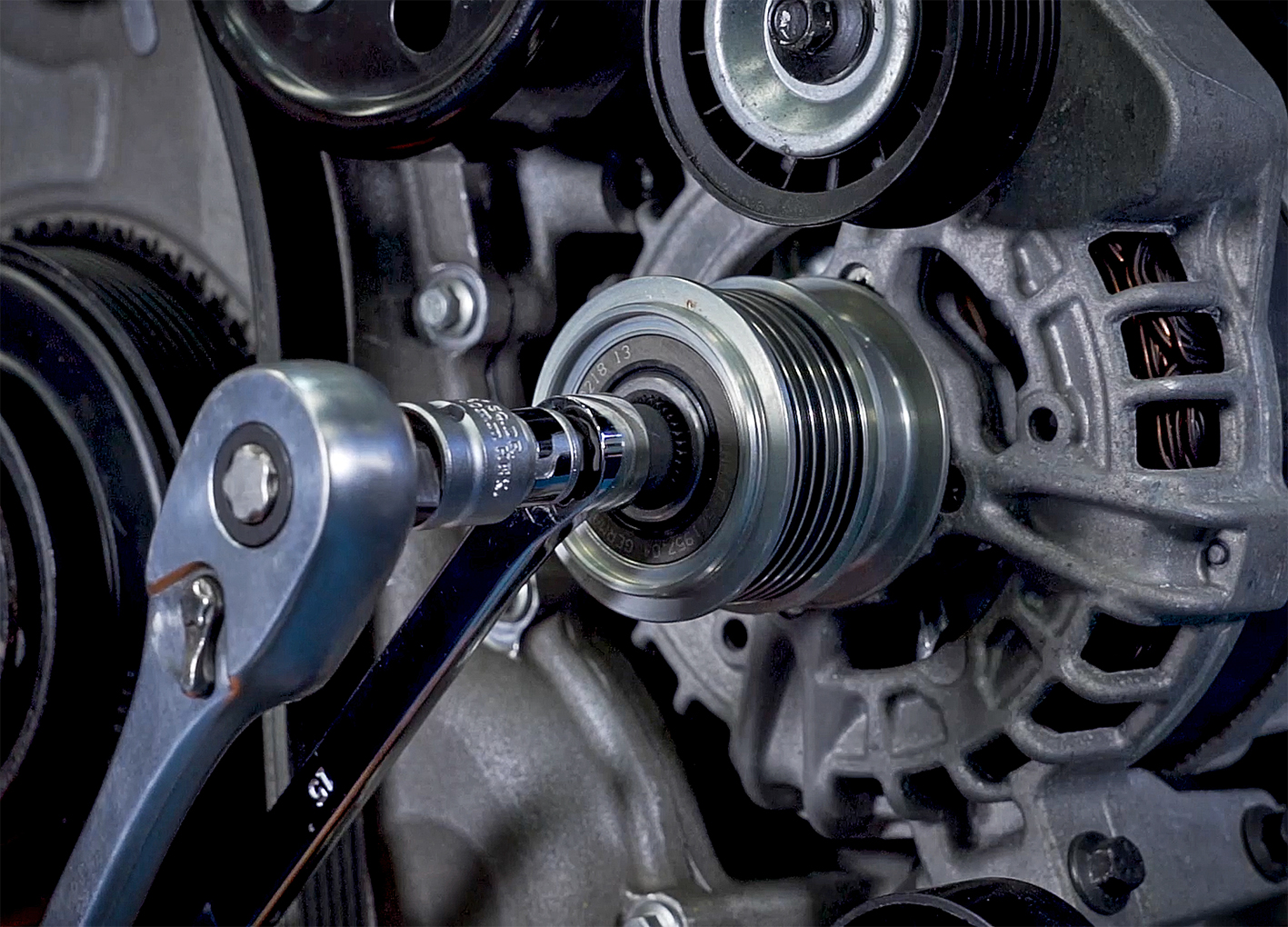 Like any other part, overrunning alternator pulleys don’t last forever, and this is now a common replacement part. Proper tools are needed when working on these pulleys, and this new kit from Laser Tools (part number 7052), distributed in Ireland by Tech ‘n’ Tools, brings together the tools needed to remove and install the pulleys on Nippon Denso, Valeo, Bosch and Marelli alternators. 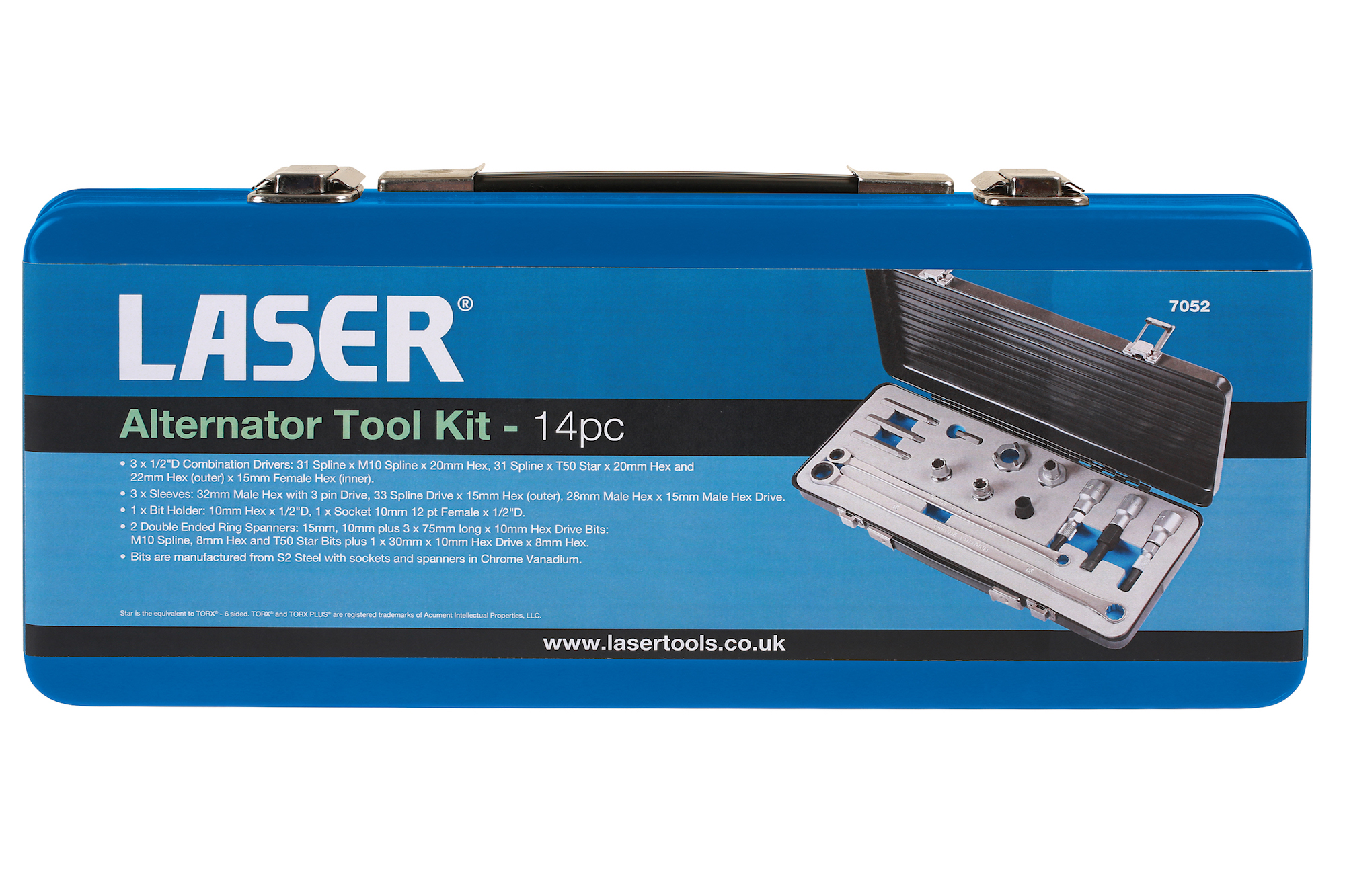 Two double-ended ring spanners are included, both featuring a standard ring plus a handy ratchet ring; the 10mm spanner is 275mm long, and the 15mm spanner is 345mm long, useful lengths for reaching down into the engine bay. A 10mm to 8mm hex adaptor finishes the list.