Global demand for the new 2018 Ford Mustang has driven Mustang to its third straight year as the best-selling sports coupe in the world. That includes all two-door and convertible models.

Global Mustang registrations in 2017 totalled 125,809 cars, according to Ford’s analysis and that puts Mustang ahead of all other sports coupe competitors worldwide.

“The world is falling in love with Mustang,” says Erich Merkle, Ford sales analyst. “Mustang represents the best of American design, performance and freedom, with an unmistakable personality that’s appeals – regardless of your post code.”

Of the nearly 126,000 vehicles registered worldwide, Ford reported tw-third were registered in the United States where Mustang is manufactured, meaning just over one-third of all Mustang registrations are occurring in export markets. 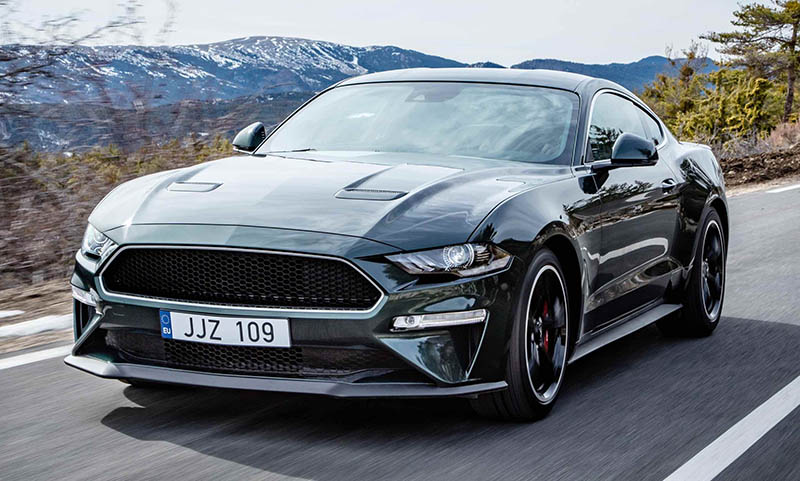 Since global exports began in 2015, through December 2017, Ford has sold 418,000 Mustangs around the world. The most popular configuration worldwide is the Mustang GT with the 5.0-litre V8.

Ford has sold 35,000 Mustangs in Europe since 2015 through March 2018, and later this year introduces the new Ford Mustang featuring a more athletic exterior, and an upscale interior with soft-touch materials and 12-inch digital instrument cluster. Enhanced powertrains include Ford’s 450 PS 5.0-litre V8 and 10-speed automatic transmission for 0-100 km/h (0-62 mph) acceleration in 4.3 seconds, as well as claimed 12.1 l/100 km fuel efficiency and 270 g/km CO2.

Available in Shadow Black or classic Dark Highland Green, Mustang Bullitt is powered by an uprated 5.0-litre V8 engine that will deliver an anticipated 464 PS and 529 Nm of torque.