Love him or loath him, the special one is rarely out of the soccer news pages. On this occasion though, José Mourinho made a surprise visit to Jaguar Land Rover’s factory in England (Solihull), to watch employees build his new car, the 100,000th F-Pace.

Mourinho wore bespoke Jaguar overalls and made his way directly to the factory floor to oversee the production of his car and helped the team as it moved along the production line. 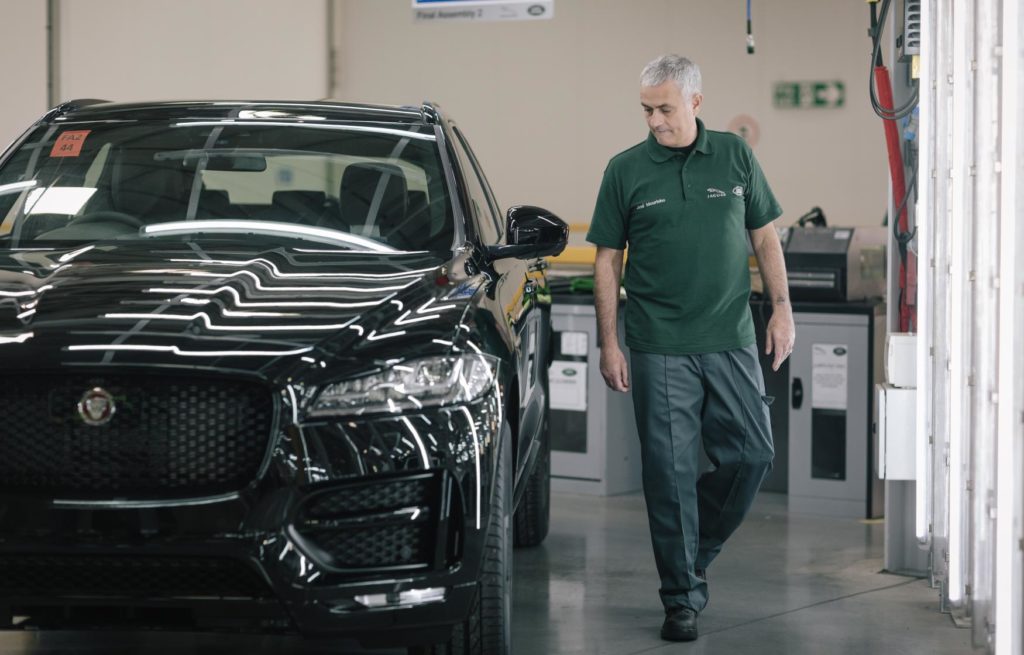 Mourinho said: “It was an amazing experience to visit Jaguar’s factory and see all the cars, technology and hard work that goes into developing such a beautiful car. Jaguar is a brand that I have been involved with for many years. Back in 2014, I was the first UK customer to receive the F-Type Coupe and now to become the 100,000th Jaguar F-Pace customer is something that is very special.”

Upon arrival at the factory, José gave a team talk to the employees, motivating them and talking about having pride and passion in your work, and the products they deliver.

Ian Callum, Director of Design, Jaguar said: “It’s great to have one of the most successful football managers drive the F-Pace, our SUV that has been voted as the best and most beautiful car in the world by the 2017 World Car of the Year jury. Just like José Mourinho, the F-Pace is all about individual style and top performance.”

The F-Pace is the fastest selling Jaguar vehicle ever and is currently the fastest Jaguar vehicle to reach the 100K sales mark.
In 2016, Mourinho test drove the Jaguar F-Pace as part of an extreme high-performance driver training experience in the Arctic Circle. José Mourinho mastered the art of high speed drifting and full throttle ice driving on a 60km frozen lake at Jaguar’s extreme testing facility in Sweden.
Jaguar says that the F-Pace offers an unrivalled blend of performance, design and practicality. To ensure that every system functions perfectly even under the most extreme conditions, the new F-Pace has been subjected to one of the most demanding test programmes the company has ever devised.

Here is the link to the short film of Mourinho working on his new F-Pace:
https://youtu.be/ugCFQ__aU2U