According to AA Ireland, just over one in eight motorists have encountered a Garda checkpoint in the past month.

In response to an AA Car Insurance survey asking when they were last stopped by a Garda, 13.92 per cent of the over 3,000 respondents stated that they had been stopped at a checkpoint within the past month.

These results have prompted the AA to call on the Irish government to increase investment in the Garda Traffic Corps.

The figure of 40.8 per cent of motorists being stopped by a Garda remains consistent with similar research carried out by the organisation in 2018, while also highlighting a significant increase in the number of checkpoints in the past three years.

In 2015, the AA found that just a quarter of motorists (26.02 per cent) had been stopped at a checkpoint in the prior six months. 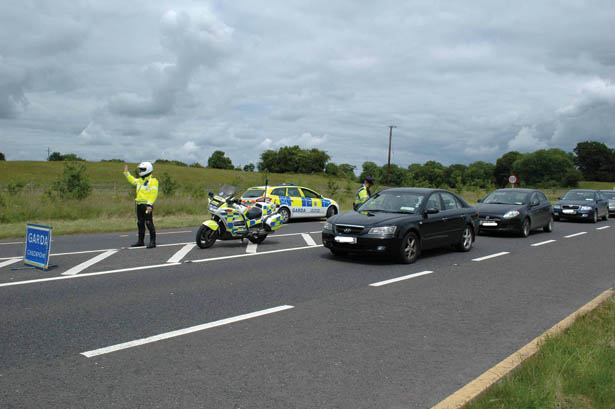 Conor Faughnan, AA Director of Consumer Affairs stated: “There’s certainly a positive story in this as the AA has long called for more Garda checkpoints to be carried out in order to effectively police behaviours such as speeding, drink-driving and reckless driving which can endanger other road users, particularly cyclists and pedestrians. During the worst years of the decision the government quite recklessly cut funding to the Garda Traffic Corps but, to the credit of the Garda Síochána, even though that funding hasn’t fully recovered they have undertaken significant measures to ensure they can still effectively police our roads.

“Now that the numbers of checkpoints have somewhat recovered, we need to ensure that this continues to grow moving forward and in order to achieve that we need Government to commit to providing Gardaí with the investment, resources and manpower that they require.”

However, the AA expressed some concern around the time of day which checkpoints are being carried out in response to the findings of the survey.

Faughnan added: “This is where we need to have an argument of quality vs. quantity when it comes to our checkpoints. It’s certainly true that the number of cars on the road is much higher during the hours when the majority of checkpoints seem to be taking place, but are these times really when dangerous accidents or reckless behaviours such as drink-driving are taking place.

“From our point of view, even if a checkpoint at 02:00 only encountered a small number of cars but took four or five drink-drivers off the road that that is a much more successful operation that checking hundreds of slow-moving vehicles in slow-moving, rush hour traffic.”