After an exhilarating finish to the 2017 NASCAR Whelen Euro Series™ season, drivers Alon Day and Thomas Ferrando captured the championships in their respective series, and have been celebrated at NASCAR Champions Week in Charlotte, North Carolina on December 8. Federal-Mogul Motorparts, a division of Federal-Mogul LLC, is the “Official Supplier of Steering and Suspension Components for the NASCAR Whelen Euro Series®,” providing each competitor with championship-caliber components each race. 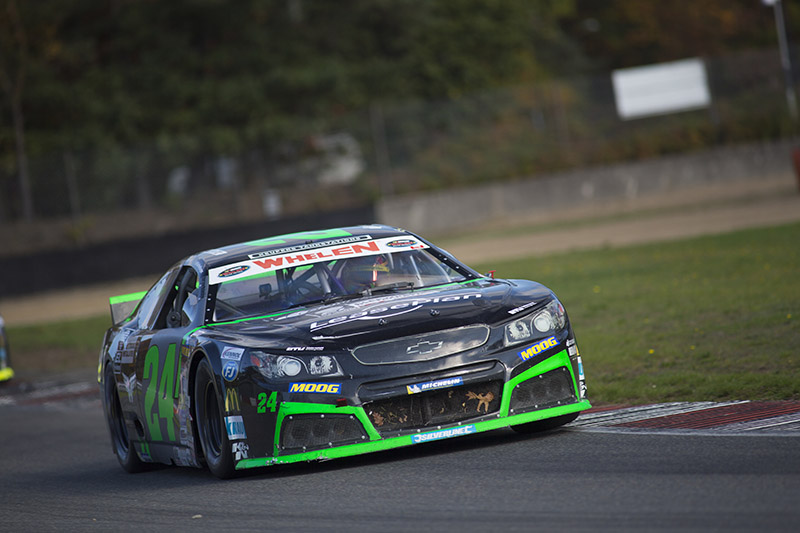 The company’s leading MOOG Steering and Suspension brand is also a series sponsor, and has a long history of leadership in NASCAR competition. In addition to its support of the Whelen Euro Series, MOOG is the “Official Steering and Suspension of NASCAR®” in North America, and MOOG parts have helped steer every Monster Energy NASCAR Cup Series champion to victory for 52 consecutive years.

“Federal-Mogul Motorparts and MOOG are very excited to be part of the NASCAR Whelen Euro Series, providing our steering and suspension components to all participants,” said Paul Tersi, brand manager, chassis, Federal-Mogul Motorparts EMEA. “Being involved at high levels of motorsport gives us the ability to demonstrate the outcomes of the comprehensive research and testing we put into the design and construction of MOOG components. We look forward to building a legacy of leadership with the Euro Series, just as we have in North America.”

The first two rounds of 2017 were held at the Ricardo Torno road course circuit in Valencia, Spain, followed by two rounds each at Brands Hatch (England), Venray Raceway (Netherlands) and Hockenheimring (Germany). The final rounds were held over two weekends, with the semi-finals at Autodromo di Franciacorta in Italy and the finals at Circuit Zolder in Belgium.

“For more than half a century of NASCAR racing, MOOG has put its products to the test under demanding conditions, where a failure could be visible to millions,” Tersi said. “You need to have a lot of confidence in your products to be willing to put them on that kind of stage.”
The MOOG brand’s comprehensive range covers most aspects of steering and suspension components, from wheel-end bearings to tie rods and track control arms. To find out more, visit moogparts.eu.