Josh Moffett and Andy Hayes continued their domination of the Triton Showers National Rally Championship yesterday by scoring their third win from four events, adding the Lyons of Limerick Circuit of Munster to their previous successes in the Birr and Midland rallies. 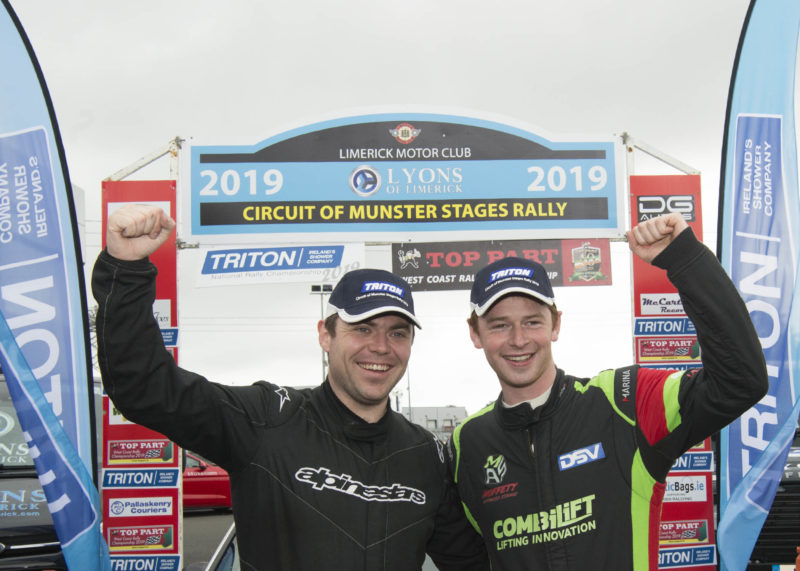 After nine stages, they had 22 seconds in hand over former multiple title holders Declan and Brian Boyle from Donegal, with another championship winning pair, Roy White and James O’Brien, a further 24 seconds down in third position.

Donagh Kelly and Conor Foley, who broke Moffett’s string of wins in Monaghan, were the early leaders yesterday but slipped to third place before retiring with a broken throttle spring on their Focus on the seventh stage. Kieran Reen from Killarney and Jordan Hone from Claudy won the two Junior classes.