Modern Tyres is set to expand its nationwide network with new branch openings throughout the year.

At its annual conference held at Druids Glen in Wicklow recently, Modern Tyres announced that 2018 would see further expansion through its nationwide network.

While being updated on the performance of the company during the afternoon, managers and their partners enjoyed a gala prize giving ceremony, which was finished off with the presentation of the Modern Cup to the best performing depot of the year. 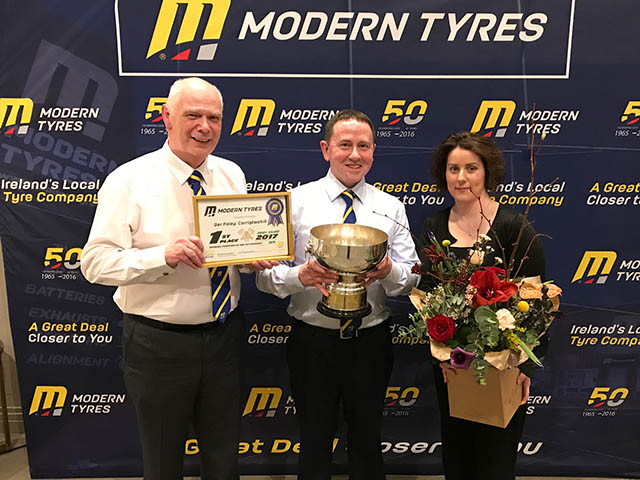 The Carrigtwohill branch took the honours in a very close battle with Castlebar, Carnbane and Limerick depots.

The family-run business started by Jimmy Byrne in 1965 with one tyre depot has grown to become Ireland’s largest independent tyre retailers with 43 branches nationwide.

Modern Tyres, depot on the Belgard Road in Tallaght, was named Tyre Retailer of the Year (Dublin) at the Irish Auto Trade Awards in Dublin last October.