Following the success of Bromyard Speed Festival since its debut in April 2016, the exhilarating event is now set to take place biennially to celebrate all things motoring. 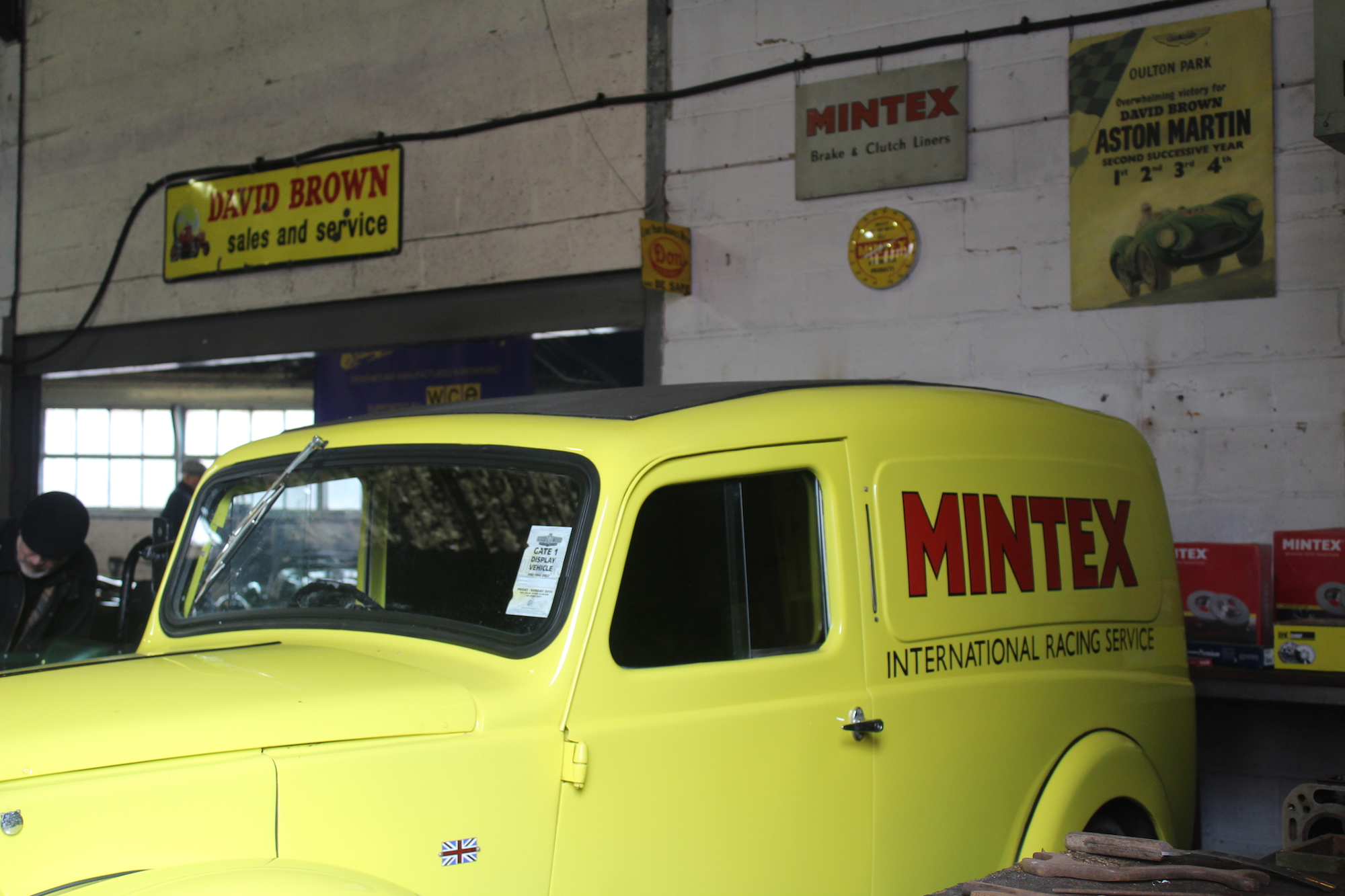 With the most recent Speed Festival taking place on Sunday, April 7, parades of motors took to the streets in and around Bromyard thanks to thousands of hours of work from volunteers in preparation for the day.

Sunday kicked off with the official course being opened by civic dignitaries, followed by the Jaguar XKD603, which was placed in both the 1956 and 1957 Le Mans 24 Hours race, and is one of the six original long nose D Types. It was driven by notorious racing driver Willy Green, and in the passenger seat for the formation lap was Mr Norman Dewis OBE, aged 99.

Norman, Jaguar’s chief Development engineer and Jaguar team driver in the 1955 Le Mans race, was instrumental in the development of Jaguar cars from 1952-1985. He also held the world speed record for production cars of 172mph at Jabbeke in Belgium. At the driver’s dinner, he regaled the audience with tales of the care free racing days. He was also instrumental in the development of arguably one of the most important contributions to road safety in the 20th Century the disc brake.

Hitching a ride in a Jaguar was local resident Hugh Langrishe, aged 96, who was Jaguar and Le Mans driver, Ron Flockhart’s, friend and business partner. Hugh also had many tales to tell of his times with Ron throughout his motor racing career including at BRM and the Jaguar Equrie Ecosse team.

In convoy was Kaye Williams, a local resident aged 104 years old and the mother of famous driver the late Barrie “Whizzo” Williams. Kaye was driven, at her request, in the Rolls-Royce used in Netflix’s The Crown production to see her husband’s and father in law’s garage and engineering premises, which had been converted for the day into a period garage complete, with regalia supplied by local twins David and Donald Reynolds, and event sponsor Mintex (TMD Friction UK Ltd.,). The garage was populated with Aston Martins, from the very rare DB3S once used by Jack Brabham, to the DB5 – the same type used in the James Bond films.

During the festival, 100 years of the Bentley marque was celebrated in the town square with cars from the early Cricklewood era, through the Derby built models and the Crewe Factory cars all in one place. 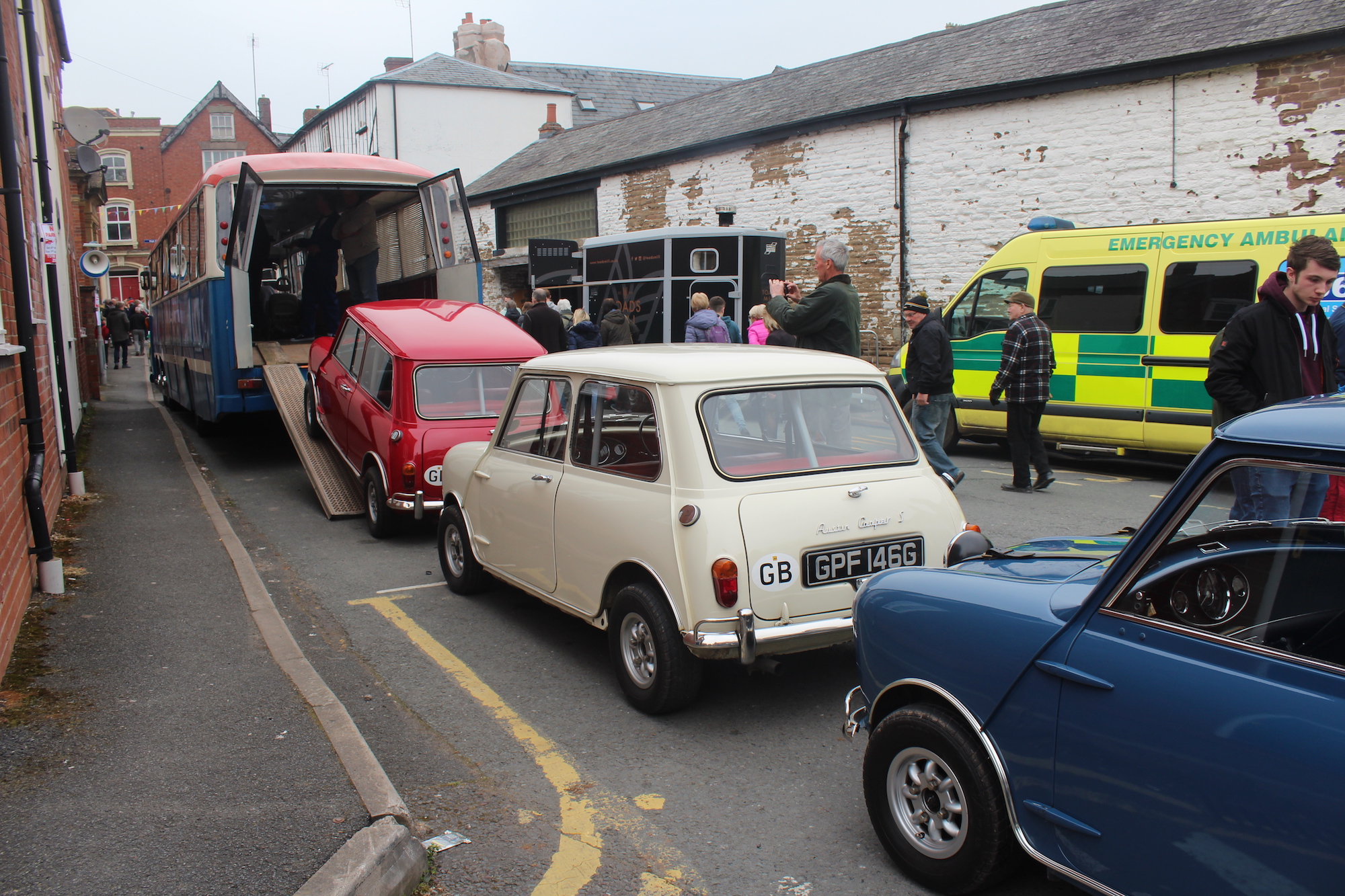 A new aspect of the event this year took the form of a treasure hunt/navigation car rally held on the previous Saturday, taking the entrants along the Teme Valley up Shelsley Walsh, to Witley Court and eventually to Brockhampton and then back into Bromyard to start the weekend’s proceedings.

One of the many highlights of this year’s event was the recreation of the Italian Job, which involved robbing the former premises of the HSBC Bank in Bromyard using the types of cars and vehicles featured in the 1969 film. Local garage owners Greg and Nigel Jenkins provided the classic Red, White and Blue Mini Coopers, and there was an Aston Martin DB4, the E type Jaguars and the Pakistani Ambassadors Daimler Limousine. And the heist wouldn’t be complete without the presence of the famous Bedford VAL 14 Harrington Legionnaire coach which is left hanging at the end of the film accompanied by the line “hang on a minute, lads, I’ve got a great idea.”

Bromyard Speed Festival is extremely grateful to the event sponsors and supporters Mintex, TM Factors, Contechs, Holden Vintage and Classic, Polytec Group, Lanyard Bowdler, Airstream Facilities and Morgan Car Company, without which the event would not have happened.

Bromyard Speed Festival is a non-profit organisation that supports local worthy causes with surplus funds from its events.