The Minister for Communications, Climate Action and Environment, Denis Naughten, T.D., has published a draft order increasing the biofuel obligation rate to 10 percent (by volume) from 1 January 2019.

This scheme was introduced in 2010 and is administered by the National Oil Reserves Agency (NORA). It sets out an obligation that suppliers of road transport fuels must include a certain percentage of environmentally sustainable biofuels across their general fuel mix.

The Biofuel Obligation Scheme scheme works by ensuring that each supplier fulfils their requirement by having the necessary number of biofuel certificates required.
This level of obligation has increased over time from an initial rate of 4 per cent. Now, the rate is 8.695 per cent which means that over 8 per cent of the motor fuels, typically diesel and petrol, placed on the Irish market are produced from renewable sources.

In addition, on Friday last the Minister also published a policy statement outlining the proposed future development of the Biofuels Obligation Scheme. He says that the policy statement is intended to provide certainty to industry and stakeholders thus facilitating the longer term planning necessary to increase the use of biofuels. 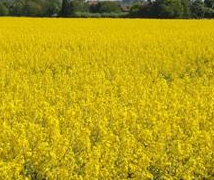 Minister Naughten also stated: “The Biofuels Obligation Scheme is a vital policy measure that increases the use of renewable energy and decreases emissions in the transport sector. Today I have published a Policy Statement setting out the increased level of obligation and future development of the scheme to 2030 and beyond.
The scheme currently contributes an estimated 450 thousand tonnes in carbon emission reductions each year towards our national targets. The changes I have announced today will increase this contribution to over 600 thousand tonnes annually.”

Biofuels are motor fuels produced from renewable sources such as bioethanol (which can be blended with petrol) and biodiesel. Bioethanol can be produced from crops such as sugarcane, wheat and corn. Materials such as plant oils, used cooking oil and animals fats can be used to make biodiesel.

Biofuels have a wide range of benefits from reducing Ireland’s dependency on fossil fuels to lowering greenhouse gas emissions. The use of biofuels will continue to be the principal means by which Ireland increases the share of renewable energy in our transport sector.

The Biofuels Obligation Scheme was set up in 2010 and requires suppliers of motor fuel to ensure that biofuels make up a certain percentage of national annual fuel sales. This is known as the Biofuel Obligation Rate. The rate was initially set at 4% (by volume) and has increased progressively to the current rate of 8% (by volume). All biofuels must meet strict sustainability criteria to qualify under the Scheme. In 2017, circa 225 million litres of biofuel was placed on the Irish market.

A public consultation on the proposed phased increases to the ‘Biofuel Obligation Rate’ was held between December 2017 and January 2018.