For the fifth year in a row, Hamburg-based spare parts manufacturer, Meyle is supporting the tankpool24 Racing Team as a technical cooperation partner in the European Truck Racing Championship. 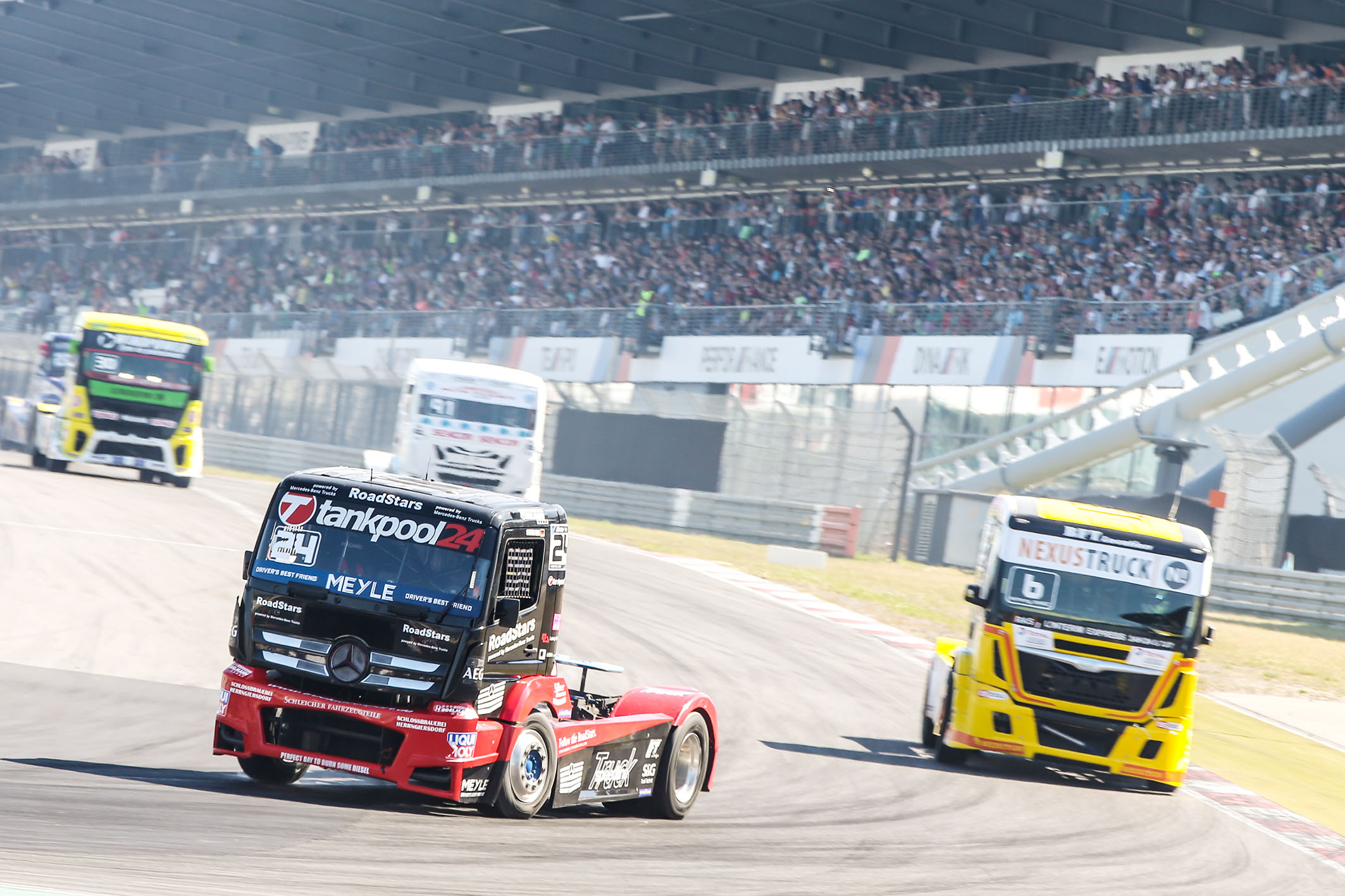 In addition to the provision of high-quality spare parts, Meyle engineers supports the team with its expertise. The starting signal for the 2018 season was fired in Italy at the end of May and the second half of the season will start in Most, Czech Republic, on September 1.

Four of eight events have already been completed, teams and drivers are enjoying their deserved summer break and the tankpool24 Racing Team has drawn a positive interim conclusion at half-time.

Kiss, who has been in the truck racing business for over ten years, has been racing in the FIA ETRC since 2012 and won the European Championship twice.
This is Faas’ first full season. In the new constellation, team boss Markus Bauer wants to build seamlessly on last season’s successes: “Our clear goal is that Norbert ends up in the top three again this year. We also want to improve in the team ranking. After the first weekends I am very confident that we can do it. We are very satisfied with the results so far – we would like to see it keep moving like this.”

In 2017 the team finished fourth in the overall standings and Kiss took the third place in the drivers’ standings.

The first four weekends of the current season in Misano, at the Hungaroring, the Nürburgring and the Slovakia Ring were positive for the tankpool24 Racing Team. With 160 points, the team is third overall at half-time; pilots Faas and Kiss came in positions three and 14 respectively.

In the Grammar Truck Cup, a parallel classification of the ETRC races for so-called Chrome drivers, Faas is in second place with a solid lead. At the season’s highlight at the Nürburgring the team managed to reach the podium five times, in Slovakia they won four podium places. Kiss made it even more exciting and clinched his first victory of the season in the last race of the fourth race weekend.

“The team really deserved this victory because everyone worked very hard. It was important to go into the summer break with a win. I’m really looking forward to the races after such a long break,” says Kiss.

Team mate Faas adds: “My personal goal now is to move forward as far as possible – and it shows that we still have an extremely exciting and action-packed season ahead of us after the first races.”

The second half of the FIA European Truck Racing Championship season starts on August 31 in Most (Czech Republic). Other venues are Zolder (Belgium), Le Mans (France) and the season finale in Jarama (Spain).

The eight race weekends, each with four rounds, demand everything from man and machine. During the race, the 1,050 h.p. trucks are subjected to the highest loads, a challenge that Meyle-Original engine mounts, speed sensors, brake components and clutch amplifiers master with flying colours – the team has relied on the parts from the Hamburg-based manufacturer and installed them in the emergency vehicles since the start of the partnership.