Mercedes-Benz has said that it will accept legal responsibility for collisions that occur in cars fitted with an ‘L3’ Automated Lane Keeping System, when directly caused by a fault with its technology but not when the driver has “failed to comply with their duty of care”.

The Mercedes-Benz ‘Drive Pilot’ system will enable drivers in Germany to remove their hands from the wheel and let the car take control.

This will be initially offered as optional on the S-Class and EQS in Germany. The car maker also plans to introduce the technology in the USA, once it gains approval. 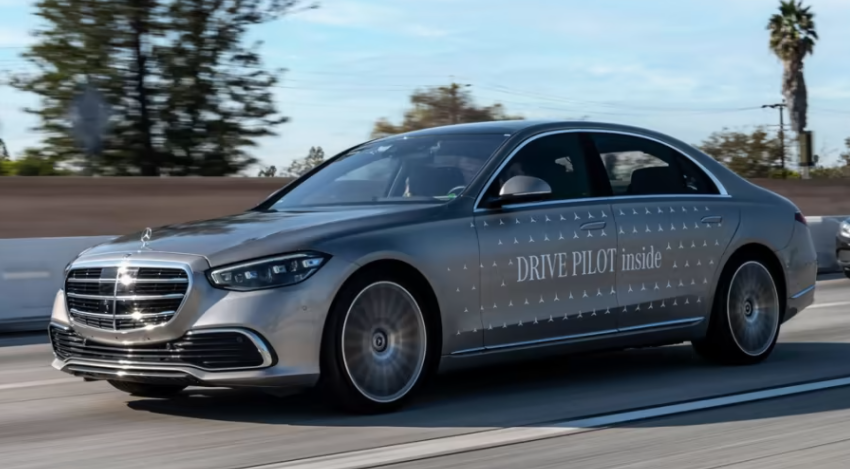 Matthew Avery, chief research strategy officer at Thatcham Research said this news represents another significant milestone on the road towards automated driving, but said the issue of liability in automated vehicles is “complex and nuanced”.

“It’s too crude to suggest that the carmaker should be liable in all circumstances; there will be times when an accident is and isn’t the carmaker’s responsibility,” he said.

“What is apparent in the case of Mercedes, the first to have approval – albeit in Germany – for technology that will allow drivers to disengage and do other things, is that when the automated system is in control, the carmaker will be liable.

“What’s less straightforward is an accident that occurs when the driver has failed “to comply with their duty of care”, for example when refusing to retake control of the car when prompted.

“It will be incumbent on carmakers to ensure drivers of their cars are confident, comfortable and have a strong grasp of their legal responsibilities.

“Absolute clarity is required for drivers in terms of their legal obligations behind the wheel and their understanding of how the system operates, especially during a handover from system to driver.”

He added: “This is challenged by the fact that a driver can take a long time to come back ‘into the loop’ after extended periods of effectively being chauffeured by the system.

“Insurance claims will require scrutiny, so the provision of data to help insurers understand who was in control of the vehicle at the time of an accident, system or driver, will also be vital.

“Trust will diminish if confusion reigns and drawn-out legal cases become common, hampering adoption of the technology and the realisation of its many societal benefits.

“Fostering consumer confidence and trust in the first iterations of Automated Driving is paramount. This is where independent consumer rating will have an important role to play in driving safe adoption by making people aware of systems that are not as good as others.”