Mercedes-Benz is this year celebrating the 50th anniversary of the launch, in 1967, of its heavy commercial vehicles in Ireland. 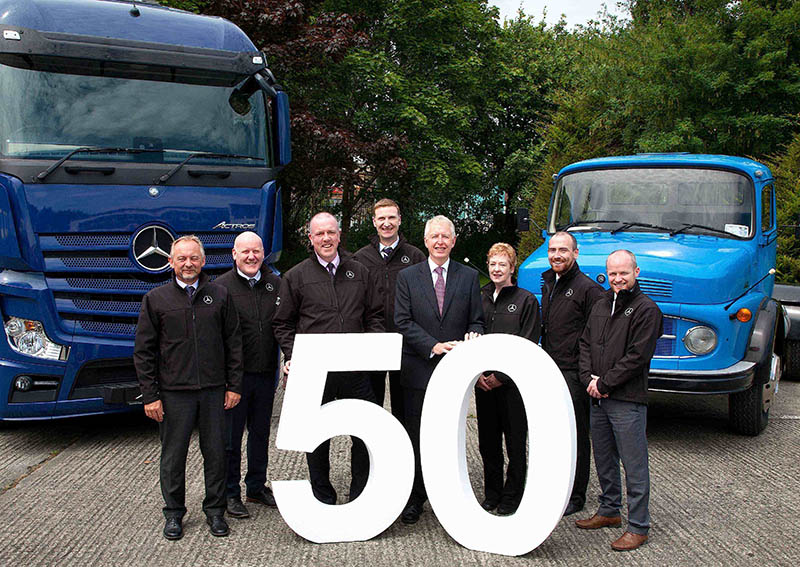 Described by chief executive, Stephen Byrne as a development that was to see Mercedes-Benz play an important part in the development of Ireland’s economy, the first model to launch here was the renowned 1418 – a truck still fondly thought of by CV collectors and enthusiasts.

Remembered for its distinctive ‘bull nose’ design, the 1418 was to become the workhorse-of-choice within many large fleets, haulage firms and owner-driver operations, carving an important niche for Mercedes-Benz in the heavy commercials sector that has carried through to the present time.

Mainstays of the range today are two International Truck of the Year winners – the 1996-launched, heavy-duty Actros, popular amongst long-distance hauliers, and Atego, launched in 1998 and favoured by food distributors and delivery specialists generally.

Another model, which was spawned by the Atego and seen working in housing estates, is the Econic bin collection truck favoured by many private waste collectors.