In its annual reliability survey of more than 50,000 cars What Car? magazine has confirmed that the iconic Mazda MX-5 sportscar is the most reliable car in Britain.

Mazda MX-5 sportscars manufactured since 2005 recorded a failure rate of just four percent – the lowest of all cars in the 2012 survey – compared to the next nearest open-top competitor at 15 percent. 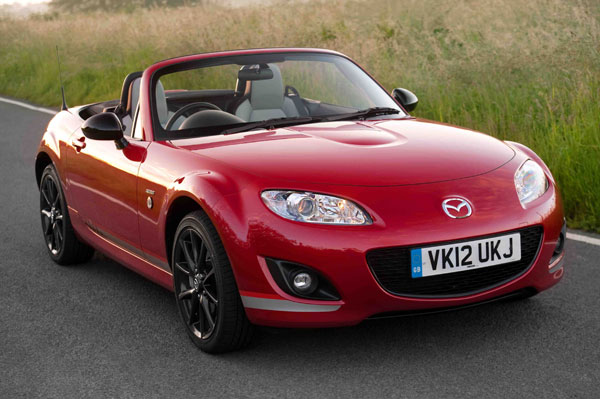 With 96 percent of these Mazda models being fault-free, the MX-5 also achieved an impressive ‘Reliability Index’ (RI) score of just eight (the lower score, the better the car), while the national average score for individual models was 100. According to the survey, MX-5 owners also benefit from the lowest repair costs with an average repair bill of just £165 (or about €200).

The survey calculates a vehicle’s Reliability Index (RI) from several factors – the number of times it fails, the cost of repair, the average time it spends off the road being repaired, its age and mileage.