The eagerly anticipated Lexus UX urban compact crossover has broken cover with the release of a first official image and video clip, ahead of its world debut at the 2018 Geneva Motor Show on March 6.

These first visuals reveal what Lexus describes as the UX’s bold and stylish, SUV-inspired design, combining powerful bodywork with a condensed appearance.

Its crossover credentials are signalled by its muscular wings and haunches and high beltline, but Lexus says that under the skin an all-new platform gives the UX exceptional body rigidity and a low centre of gravity for the agile handling of a hatchback. 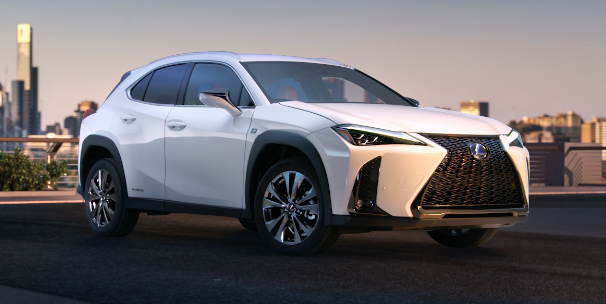 The video also shows the scene inside the cabin. It combines a highly focused driver’s cockpit, a wide and inviting passenger space and a seemingly commanding view of the road.

Lexus says that with its brave design, superior craftsmanship and imaginative technology features, the UX will offer strong appeal as a gateway model to the luxury brand in a dynamic and growing part of the market.